Although CMA Music Festival, one of the biggest country festivals around, is taking place just an hour up the highway in Nashville, one of the most important new voices in country music took the stage at Bonnaroo last night.

Sturgill Simpson has been a critical favorite since he released Metamodern Sounds in Country Music in 2014 (our favorite album of that year), and his set at Bonnaroo proved that his live chops are just as worthy of praise as his studio ones.

Leading off with “Life of Sin,” a tune likely pretty appropriate for the ever-indulgent Bonnaroo crowd, Simpson and his crack band began what would be an hour-plus set that felt like it passed in half that time. Backdropped by an assortment of trippy visuals, the band, led unofficially by guitarist Laur Joamets, frequently veered into jam territory, especially on the album’s more rock-tinged tracks like “It Ain’t All Flowers.” He burned through a number of the album’s best tracks (although one could argue they are all the best), including “Long White Line,” “Living the Dream” and “A Little Light Within,” with the crowd singing along the whole time.

The set, fortunately, wasn’t without a taste of Simpson’s penchant for the confrontational, as he took a moment to address the festival-goers walking past the tent: “Give it up one more time for the motherfuckers who ain’t here with us, because they should be.”

There weren’t many who managed to walk by and keep on walking, though, as the crowd kept growing in size until the set ended. Two of Simpson’s newest converts may have been a couple ballroom dancing to “Turtles All the Way Down” in elf costumes, because, well, it’s Bonnaroo. Simpson saved that Stephen Hawking-inspired tune for the end of the night, and looking at some of the other revelers it was clear that, as the song would encourage, there may have been a little fungus among us.

Simpson and his crew closed out their set with “Listening to the Rain,” milking it for all its worth to a roaring crowd that stuck around to the last note. While Simpson may not be getting anything close to his due in country music, this set guaranteed his spot in the hearts of the broader music community, a spot that is beyond well deserved. 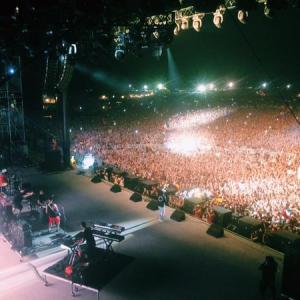 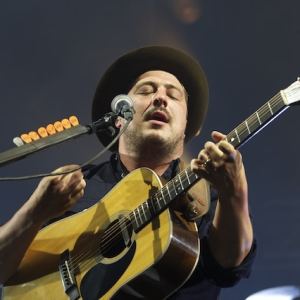