“The Gambler,” Written by Don Schlitz

Johnny Cash cut it. Bobby Bare cut it. Under the name “Charlie Tango,” Conway Twitty’s son, Michael Twitty, cut it. Even the songwriter himself, Don Schlitz, cut it, as well as other people whose names are a distant Music Row memory. But when Kenny Rogers and producer Larry Butler finally recorded “The Gambler,” Schlitz was able to quit walking to his graveyard shift computer operator job and start driving to work as a professional songwriter.

Rogers was already on a roll from the success of “Lucille” and his work with Dottie West. But some on Music Row in late 1978 felt that, at 40, Rogers was on his way out. No one could have predicted that Rogers’ recording of “The Gambler” would create, essentially, an entire industry based on one song by an unknown songwriter from North Carolina.

Schlitz had been in Nashville for only a couple years when he wrote “The Gambler.” “I wrote it in August of ’76,” he says, “walking home from a meeting with my mentor, Bob McDill [writer of songs by Waylon Jennings, Anne Murray and others].  I walked from his office over on Music Row to my apartment, and in that 20 minutes I wrote most of it in my head. I didn’t write a last verse, had no idea what was gonna happen, thought it was an interesting story but it was a throwaway. I spent about six weeks trying to figure out what was gonna happen after the chorus.”

“I finally settled on the eight lines of the last verse,” Schlitz continues, “what I now call my [French short story writer] ‘Guy de Maupassant’ ending [no real conclusion, as it’s assumed the gambler dies but isn’t so stated]. And nobody would touch it.”

The song had its old-guard champions on Music Row, though, and they believed in Schlitz and his quirky, too-long, no-love-story song. It made its way into the hands of Butler and Rogers, and when Rogers recorded it, it rose to No. 1 on the country charts and appeared on charts around the world. Rogers won a Grammy for Best Male Country Vocal Performance, and Schlitz won a Grammy for Best Country Song. The album The Gambler has since sold more than 30 million units worldwide, and the song spawned a series of five Emmy-winning television specials featuring Rogers as gambler Brady Hawkes. He even performed the song on The Muppet Show. And, in perhaps the greatest sign of success in a capitalistic marketplace, International Game Technology’s “The Gambler” slot machine continues to be revamped for major casinos and private owners alike.

Bobby Fischer was an established Nashville record promoter and songwriter when Rogers hit with “The Gambler.” He still remembers the first time he heard the song, but doesn’t even know whose version it was.

Josh Thompson is a new country star, a guy from the Wisconsin woods who wears his cap backwards and actually sings about John Wayne.  Even though he wasn’t even a year old when “The Gambler” went to radio, the fact that someone his age is influenced by the song is a testament to its power.

“The first time I heard ‘The Gambler,’ it floored me!” Thompson said. “I’ve never heard a song that painted a picture so clearly.  It’s like you’re in the train with them…pure classic.”

When asked if Rogers sang the melody exactly as he had written it, Schlitz hedges, but probably isn’t really sure. “Well, how many times have I heard his version and heard my version? I do know that, over 30 years, I’ve started singing it slightly different myself. If I don’t it’s almost as if I’m singing karaoke. It’s almost like a folk song now.”

Country singer David Ball, whose song “Riding With Private Malone” was another hit that was supposedly too long and didn’t have a love story, remembers “The Gambler” vividly. “I was a big fan of that song,” he said. “Such a creative lyric, such a great story. And when it went into TV, it was like, How big can it go? It was huge.”

Warner Bros. recording artist Jason Jones said that he grew up with “The Gambler.” “My mom was Kenny Rogers’ biggest fan,” he said.” She had a huge framed velvet portrait of him hanging in the stairwell, so just like the song, Kenny’s face was ingrained in my mind at an early age. Anytime ‘The Gambler’ came on the radio, the volume got cranked and it was a three-minute party. Don Schlitz has the most natural way of writing a conversational song. It’s like you get to be a fly on the wall as it’s all happening.”

Dirt Drifters’ Jeff Middleton agrees. “To me, ‘The Gambler’ is a classic because it’s about more than a couple strangers on a train. It’s about how we live our lives, the chances and risks we take every day, and not getting so caught up in where you have been or where you are going to miss what’s in front of you right now.” Adds budding country star Frankie Ballard, “It was written in a way that hits a man’s man right between the eyes.”

An obviously grateful Schlitz said that Rogers still performs the song live. “Kenny gave me the freedom to do what I wanted to,” Schlitz said. “Without Kenny Rogers there wouldn’t have been (Schlitz compositions) ‘When You Say Nothing At All’ (Keith Whitley, Alison Krauss) or ‘Forever and Ever, Amen’ (Randy Travis).”

The lyrics of “The Gambler” are now part of the collective consciousness. Some might not know that Kenny Rogers sang it, and hardly anyone outside of Nashville could tell you Don Schlitz wrote it. But you’d be hard-pressed to find someone who can’t recite at least part of it.

Itching to learn how to pick like Kenny Rogers? Check out the Best Acoustic Guitars right here! 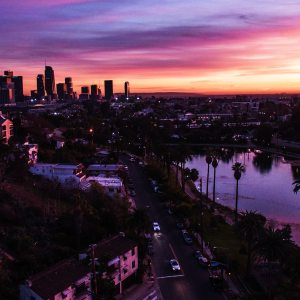 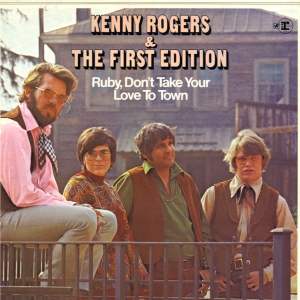