To commemorate the 30th anniversary of Tori Amos’ debut Little Earthquakes, Z2 Comics is releasing a graphic novel based on the album.

The graphic novel features 24 stories inspired by the 12 songs on the album with stories written around each of the tracks by Neil Gaiman, who tells a tale about “Tear In Your Hand,” and Margaret Atwood, who writes about “Silent All These Years” with other contributions by writers Leah Moore, Colleen Doran, Derek McCulloch, Lar deSouza, Annie Zaleski, Marc Andreyko, Cat Mihos, Neil Kleid, and Alison Sampson.

Assembled by Z2 editor Rantz Hoseley, who previously edited the award-winning Comic Book Tattoo, with Amos and painted the cover for her recent Christmastide EP, each story in the Little Earthquakes graphic novel is also paired with artwork illustrated by Bilquis Evely, David Mack, and more.

“To have some of the most creative graphic artists interpret the songs from Little Earthquakes is a true honor,” Amos said in a statement. “I enjoyed working with Rantz on ‘Comic Book Tattoo’ so much that when he contacted me about putting something together for the 30th Anniversary, I had no hesitation. Artwork is such an important part of my musical world and to see these songs come to life in graphic form is such a joy.”

Amos recently released her 16th album Ocean To Ocean in 2021, a collection of songs that helped her write her way out of the thick of the pandemic in 2020. 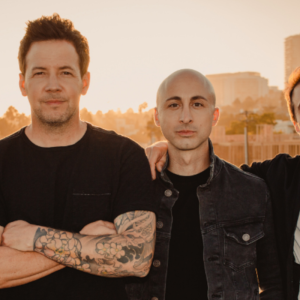