Ty Herndon, the Grammy-nominated Dove award-winning chart-topping country artist, joined Paul Cardall on his podcast All Heart with Paul Cardall to discuss the mental and emotional toll of life as an artist.

The ethos of All Heart is to celebrate the people who have contributed more to the music industry than just music, and Herndon was the perfect fit.

As friends in the industry, Herndon and Cardall candidly tackle subjects such as coping with isolation after years on the road, Ty Herndon’s Foundation For Love & Acceptance and his journey as one of the first major country artists to come out as gay, as well as his newest release “Orphans of God” which is a precursor to his upcoming rehashed christmas album, Regifted.

In the podcast, Herndon opens up about his coming out in 2004. He notes that at that point in his life, publicly coming out felt like a formality than anything else. He knew who he was and didn’t see any reason to hide it anymore from the public.

“It got to a point that it was like, I’m not doing anybody any favors by not just speaking my truth. Because I was living pretty much 100% authentically at that time. But I had never said the words, and people go, what’s the big deal about coming out? Well, the big deal about coming out is that you’re stating the fact that you’re gay. You’re letting the world know who you are. And it’s quite that simple. But the hoopla that happened around me was just simply because I was the first successful male country artist that was coming out,” he explains.

Although it seems simple in the sense of publicly stating who you are, many people weren’t willing to accept that part of Herndon, but instead of letting the hatred get to him he channeled his energies into something positive by creating Ty Herndon’s Foundation For Love & Acceptance.

Through the foundation, he was able to host the first ever Concert For Love & Acceptance, a country music event which raised funds for at-risk youth and awareness for the LGBTQ+ community.

The two also speak on their collaboration for a song titled “Some Kind of Wonderful” for Cardall’s upcoming album The Broken Miracle which they performed at the LoveLoud Festival in 2019 and their more recent collaboration on “Orphans of God” with Kristin Chenoweth.

The song “Orphans of God” though not technically a Christmas song, serves the holiday season well, as it is a reminder of the faith of God and the power of love.

In this way, the song came out organically, alongside friends and alongside love. Herndon reminisces on how the song ended up coming together.

“I went back to the well. I went back to where I started singing contemporary Christian gospel. Hymns, you know, there’s such an emotional connection to me and God and universe for that stuff. And I love this song. I’ve been wanting to sing it forever. And we were able to do a gorgeous arrangement of it,” he says.

Through projects like “Orphans of God” Herndon has been able to slowly move past a season of immense isolation and depression in which he even felt alone with loved ones. He reflects on the fact that he used touring as a quick-fix for deeper-rooted problems and never really allowed himself to feel vulnerable because the narrative has always been to stay strong for others. This year, though, Herndon has been able to make strides past that false narrative.

“This is the first time I’ve actually talked about this… I’m learning to just take a breath, sit back and go ‘Okay, you’re okay, and life is gonna happen.’ And like my friend Kristin Chenoweth said, ‘We have to have tambourines in the alleys,’ of where we wanna sing, you’re gonna sing. I don’t know. Since I was six years old, I’ve been doing this for a living, sometimes greatly, sometimes poorly. But it’s what I always had to run to,” he shares.

Just like anybody else, Herndon, Cardall and all other artists must lean into the daily practice of engaging with shortcomings and struggles in order to utilize them for something good.

Listen as the two discuss more vulnerable topics and their experience in the music industry here and check out “Orphans of God” below. 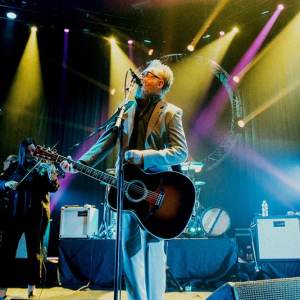 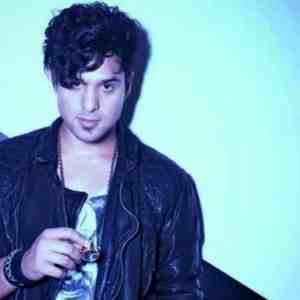