2010 has been a busy year for Vampire Weekend, starting with the release of sophomore effort Contra (XL Recordings) in January. Over the summer, the former model pictured on the album’s cover filed a lawsuit against the band for misappropriation of image. More recently, Contra was nominated for a Grammy for Best Alternative Music Album. Now, the Brooklyn indie rock quartet have released a live iTunes session.

Vampire Weekend is often noted for having diverse influences and a willingness to experiment, both of which shine on this live set. Contra track “Holiday” gets a third-wave ska treatment with a horn section and a slower pace that lets the reggae influences show through. The set features a pair of covers; Bruce Springsteen’s “I’m Going Down” is tenderly delivered by frontman and fellow Jersey boy Ezra Koenig, and the Honeycombs’ “Have I The Right?” is given a jazzier take. Spirited versions of previous singles “Cousins,” “A-Punk,” and “Cape Cod Kwassa Kwassa” also appear, freshened up with more live horns. Vampire Weekend may not have won a Grammy–or their lawsuit–yet, but this six-track session is a must-have for any fan. 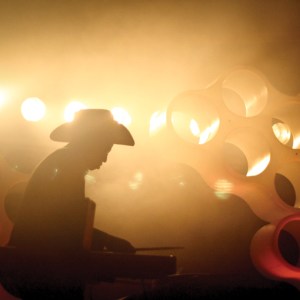