When Victoria Beckham hits the karaoke bar, it’s only Spice Girls songs for her. Beckham (“Posh Spice”) was recently filmed by her husband David Beckham, singing along to the pop group’s 1997 hit “Stop,” while doing some of the dance moves from the group’s music video playing at a karaoke bar during a family vacation.

“Karaoke night with the one & only Posh Spice,” wrote David Beckham in an Instagram post, along with a video of his wife performing.

The video features Victoria in a very “Posh” little black dress with several other patrons backing her up on the song. Beckham reposted her husband’s video and responded to him by saying, “Only for you David Beckham” with a Spiceworld sticker on the corner. Spiceworld was the group’s second album, featuring hits “Spice Up Your Life” and pop ballad “Too Much.”

Her latest karaoke isn’t the only throwback to her Spice Girls days. A week earlier, Beckham launched her TikTok page channeling her Spice persona, prompting followers to share a little show and tell in her “tell me you’re posh without telling me you’re posh,” video, along with her other fashion and family posts.

In a recent interview, Beckham revealed that of the four Spice Girls members, she always received the most budget for clothing. “The other Spice Girls weren’t really into fashion, ” said Beckham, “so I was fortunate to be able to take up most of the budget.”

She added that her daughter Harley isn’t the biggest fan of her earlier Spice Girls attire. “She’s not one of these kids who are going out with a full face of make-up and a crop top,” added Beckham, who released her self-titled debut, and only solo album, in 2001. “She actually said to me recently, ‘Mummy, I’ve seen some pictures of you when you were in the Spice Girls and your skirts were just unacceptable. They were just too short.'”

In 2021, all five members of the Spice Girls—Beckham, along with Ginger (Geri Halliwell), Scary (Mel B), Sporty (Melanie C), and Baby (Emma Bunton—reunited to commemorate the 25th anniversary of their debut Spice with the release of a deluxe edition Spice 25, an expanded reissue curated by the group, including B-sides, bonus tracks, and previously unreleased recordings, along with a booklet of images, postcards, and messages from the group. 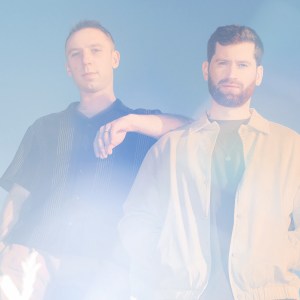