The unmistakable, rich, booming voice of Yusuf/Cat Stevens is in fantastic form on a newly updated version of his classic “Father and Son,” taken from his soon-to-released Tea for the Tillerman². The album, scheduled for release September 18, finds Stevens revisiting his seminal 1970 masterpiece Tea for the Tillerman, re-imagining it from the perspective of 50 years of experience.

The new recording is an ingenious take on the rebellious push and pull tale of dual male egos, with the present-day Yusuf singing the father part against an original 1970 live recording of the younger Stevens, taken from his debut performance of the song at LA’s famed The Troubadour.

Yusuf’s current voice retains all of its signature flavor and tone, and he effortlessly sings the song in the same key against the original recording. The track’s production beefs up the bottom end and creates an expansive landscape, modernizing the sound without losing sight of the song’s message.

“‘Father and Son’ feels pretty appropriate for what’s going on right now, if you take the father figure as being the establishment,” Yusuf said. “However, I don’t think revolutions are that kind to the previous order, its main objective is to turn it around and to get rid of them. Whereas I don’t personally believe in that; I believe in a kind of a change that would not necessarily destroy everything.”

Director Hopewell added: “Yusuf came up with the premise of the two characters living detached, remote lives in the same home and I built the narrative around that. We wanted to get across the frustration that the two generations often feel with each other but them have a coming together and mutual respect at the close. The track is sung from two very different perspectives hence our portrayal of the two separate lives lived under one roof. The video was shot with a social distanced crew of six over three weeks just after the lockdown was lifted. Producer Rosie Brind and I designed and fabricated the majority of the props, sets, and the characters. It was a tough old job with such a small crew but also nice to be very hands on with all the elements.” 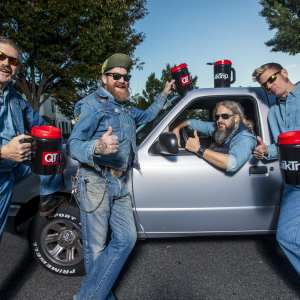 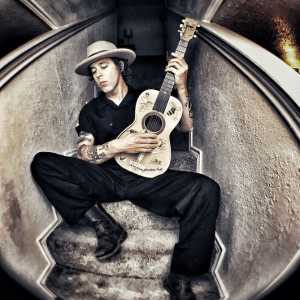