Visions of bunnies, chainmail dresses, and Donna Summer danced in Zella Day’s head. These figments of her imagination—partially a result of sipping too much rosé —are a snapshot into Day’s artistic psyche. Glitter and shiny lamé, psychedelia, ’60s spy movies, and unapologetic retro gaud are part of the artist’s reincarnation, all unraveled on her upcoming EP, Where Does the Devil Hide (Easy Eye Sound/Concord Records).

Produced by The Black Keys’ Dan Auerbach, the EP, a follow up to 2015’s Kicker, Where Does the Devil Hide (August 28) is a collection of five songs written and recorded in four days that reveal Day’s chameleon-like musical exploration.

“It’s its own microcosm of music,” Day tells American Songwriter. “‘My Game’ is nothing like ‘People are Strangers,’  which is nothing like ‘Purple Haze.’ There’s a little something for everybody and a little something for myself, to set myself up for success. It’s about playing the music and being excited to experience the highs and lows, the mountains and the valleys of the subject matter, so that when I’m playing the music live, there are shifts in the energy and dynamics that I can get lost in.”

An instant and natural collaboration, working with Auerbach was like a flash of lightning for Day. “Dan is an inspiration,” she says. “He was an inspiration to me before I met him, and he is forever going to be a pivotal and monumental relationship in my life. He acted as a channel for me to make the kind of music that I have been aching to make for a long time, especially coming off of Kicker, which was more pop oriented.”

When piecing together Where Does the Devil Hide, Day had some songs she started writing two months prior. After presenting the partially finished songs to Auerbach, the two gelled and sealed everything up within a week.

“We recorded everything live, so there’s that real spirit of perfect imperfection, of being in a moment with real humans and real instruments and trusting your instincts and pressing the record button,” says Day.

This time, Where Does the Devil Hide reveals something more spectral, drifting, and ethereal. The darker pop is a kaleidoscope of Day exploring her musical senses, and the darkness that is within us all.

“It’s the pursuit in finding that darkness, confronting it and overcoming it,” says Day. “It’s a constant battle and journey as we grow, but the issues and the challenges are ever-changing. It’s about continuing to do that self work to continue moving forward. Where does the devil hide? Where yours is very different than where mine is.”

Giving a glimpse into the five-song EP, the more shadier “People Are Strangers” was written about a relationship that taught Day a hard lesson, released in it’s slow churning and sultry maneuvering.

“I was getting into a relationship with a person that I knew I was vulnerable with for a number of reasons,” reveals Day. “I really admired them as an artist, and as a critic of my own art, therefore, I was very vulnerable to their position in the room. We ended up dating each other, and two artists together in a relationship—it can either be beautiful and elevating, or detrimental.

Day says there were times when she felt torn down around this person, recounting one specific passing moment when they said something condescending about her in front of friends. “After all of this intimacy that we were sharing and the art and that sacred space that we were holding together, I just felt so humiliated and confused as to how quickly and how polarizing a moment like that can be when you really trust somebody,” says Day. “You really are seeking their validation in a lot of ways, and in a moment it can flip and you can be lonely, and even in a room full of people, you are by yourself.”

She ultimately confronted her partner later and ended the relationship, says it’s not meant to be a song about blame or even hopelessness, emitted in her croon of You’re only alone for a little awhile / So do what you can to sit back and smile. For Day, “People Are Strangers” is about those little moments that end up building into bigger moments in the scheme of things.

“It’s meant to inspire empathy because that person hurt me in that moment,” she says. “I’m sure I’ve hurt people in the same way without even knowing it or being aware. So it’s like you can even be a stranger to yourself in a moment and go home and lay in bed and be like, ‘oh, did I say that? Did I hurt somebody’s feelings?’ I think that we can all kind of backpedal sometimes.”

She adds, “It’s more empathetic than anything else, because that’s truly how you move on and heal as well as setting a standard for yourself. But it’s also being aware that people will be people and we’re all just human and you come out on the other side just being stronger as an individual and taking care of yourself.”

A complete 18o from her love-laced first single, “My Game” is sexy psychedelic and cinematic romp that would have made for the perfect 007 theme song. A twirl into some warped mod spy film, the video directed by Phillip Lopez with creative direction from Day and Kaiman Kazazian, is a moving interpretation of Day’s spy fantasies.

Then came those dreams about rabbits and, yes, more disco nights past. Indulging in nightly happy hours with photographer Neil Krug (Lana Del Rey, Tame Impala) and his partner in Vermont last summer, the two wanted to work on a project together. As Day started recounting her recent vivid dreams of colors and rabbits, the imagery around Where Does the Devil Hide started twirling. She had even written a song named “Bunny” and elaborated to Krug about her love of Donna Summer, chainmail dresses and, of course, bunnies, which eventually percolated into an image in their heads.

Day is embracing all the visions and musical notes in her head. Writing since he was 9, she still feels overwhelmed at the variance of music that inspires her, and this This spectrum of musical colors is emitted on Where Does the Devil Hide.

“All the different types of genres of music that I love, I’m so many things,” she says. “So it’s how to capture all of the colors into one space. I’m learning how to do that as an art and not being afraid to be everything that I am and not reject any part of myself. I can sing a dark melodramatic song like ‘People Are Strangers’ and also transition into an ABBA-inspired track.”

“I want to be both things, and I think it’s important for other people not to box you,” says Day. “And you can’t box yourself in.” 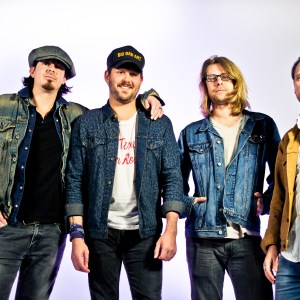 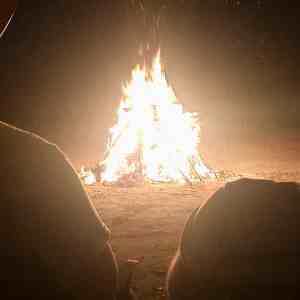