In modern music, there is no instrument more important, prominent, and associated with stars as the guitar.

Yes, drums matter. Yes, the bass matters. Yes, keys and microphones matter. But the six-string guitar is the most important and prevalent by far.

Speaking with successful guitar players, you get a sense that they have more options hanging on their walls, in their closets or at their studios than most music stores.

Which is why when we see a band or guitar player destroy his or her guitar on stage, it makes us go, “Wow!” How could someone do that? Don’t they love their instrument?

But perhaps it’s because the love is that strong. If you love something, let it go. If you really love your guitar, smash it up as a sacrificial offering to the gods.

Here, we wanted to dive into four big name acts that famously destroyed their guitars on stage for everyone to see. So, without further ado, let’s dive in.

Pete Townshend is known as the first person to smash his guitar on stage. At least, the first rock and roller to do it intentionally. The lead player for The Who smashed a Rickenbacker at the Railway Tavern in Harrow and Wealdstone in September of 1964 and that moment remains one of the most iconic in rock history. According to TheWho.net, Townshend destroyed more than 35 guitars in 1967, alone.

The Who’s drummer, Keith Moon, is also known for destroying his drum set, but that’s another matter entirely. Check out a clip of Townshend destroying an acoustic here below.

Hitting the Saturday Night Live stage in 2021, modern rocker Phoebe Bridgers played her track, “I Know The End,” and at the end, picked up her black electric guitar and smashed it on the stage of the famed variety show. Oddly, Bridgers took flack from some for the act (including from David Crosby), which made no sense to her or most music fans. In reality, the smash was a moment of freedom for the artist as she became one of, if not the first female guitar player to destroy her electric. We say, ‘Way to go, Phoebe! Smash it all!’ Check out a video of Bridgers destroying the guitar on SNL below.

Never one to pay too much respect to any authority or institution, Kurt Cobain of the legendary grunge band Nirvana was known for destroying his guitar, and well, just about everything else in sight. It was an expression of anger and annoyance, seemingly most often, as Cobain was as mad at his stardom as he was proud of his music. Cobain’s bandmates, Krist Novoselic and Dave Grohl, also were known for destroying their amps, kit and equipment. Check out two videos of Nirvana breaking, well…. everything

Not only did Hendrix smash his guitars, he also lit them on fire. Hendrix set two guitars at three shows ablaze, most notably at the 1967 Monterey Pop Festival. (The Who had destroyed their instruments earlier at the same festival.) He poured lighter fluid on his six-string and lit it up, almost praying to its flames. “I’d just finished painting it that day,” he later said. Check out videos of the fire and the smashing below. 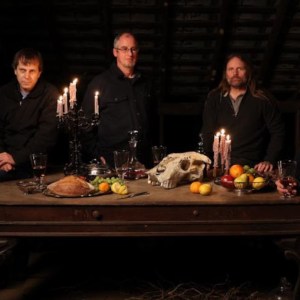 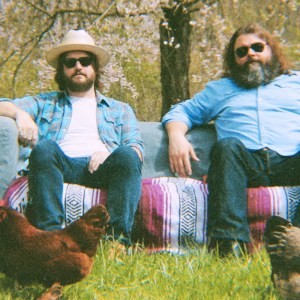