After rumors began floating that Spotify would launch this week in the U.S., it was all quiet on the western front until Wednesday night. That’s when a press release was issued with the official announcement that Spotify would arrive at 8 a.m. on Thursday.

Boasting 15 million songs and 10 million users in Europe (a little over 15% of those are paying subscribers), Spotify is hoping to increase those numbers dramatically in the U.S.

The U.S. launch is on an invite-only basis for Spotify’s free service. For $4.99 a month, U.S. users can get unlimited web access or $9.99 for unlimited web and mobile access.

Spotify looks a lot like iTunes. Co-founder Daniel Ek has been very transparent about the company’s desire to build a music service that combines the better elements of the two dominant online music movements: piracy and iTunes.

Spotify users have made and shared more than 250 million playlists. That, as it turns out, is Spotify’s greatest asset.

When you first log in to Spotify, you can find your Facebook friends and they’ll begin to appear in a right-hand pane. And while Pandora just announced that it will be the social network, Spotify still makes sharing artists, songs, and playlists directly to Facebook and Twitter easy.

But, perhaps more exciting, Spotify also lets you share artists, playlists, and tracks inside of Spotify. Find a new artist or song you like and drag it over to someone in your friends list. It goes into their Inbox, kind of like a simplified version of emailing a friend an mp3. There is also a “Feed” view where you can see lists of your friends’ activity on the site.

Spotify’s artist profile view shows a list of songs and albums by that artist, a snippet of a bio, and related artists, and it reminds me a little of how much I liked the way eMusic curated their site. Tabs also let you see the full bio and a nice grid layout of the related artists (with photos).

There are other inventive features such as searching music by chronology, as in “year:2000-2009.” A Lists feature from the home page also lets you see lists of songs that are popular in different countries where Spotify is available, such as France or Sweden. These features let you explore music outside of the “genre” or “social” buckets that we’re often accustomed to.

Though there are a lot of competitors in the on-demand music space – I’m already a big fan of Rdio – with the ingenuity of features, plus a forthcoming partner integration with Facebook, it’s hard to think there won’t be a mass movement towards Spotify in the U.S. 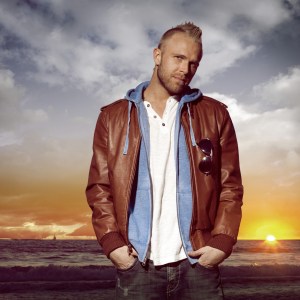