Cook passed away on Monday (Nov. 7), at the age of 73 from complications due to Parkinson’s disease. Now, Owen and Gentry reflect on the impact of working with the master instrumentalist for more than 50 years.

“He lived to play our music we created together,” Owen shares. “He could play any instrument he chose, but his harmonies I’ll miss the most. I’m thankful we got to create music together for over 50 years! Wish we could play ‘My Home’s in Alabama’ one more time. I’m hurt in a way I can’t describe!”

“Closer than brothers, we lived together more than with our immediate families,” Gentry adds. “Don’t think I’ve known anyone who loved playing more. Jeff, along with me and Randy, experienced the highs of undreamed success, as well as some very tough early years. None of us were perfect, but together we had something so special it will never die. No other guitar player I’ve known had the range of styles Jeff had. No one can take your place. Ever. Rest in peace till we get to jam again.”

Cook, Owen and Gentry grew up together in Fort Payne, Alabama, and joined forces as a band in 1969. Their legacy grew from performing in bars across the south to becoming the best-selling country band of all time, selling 75 million records. In 2005, they became members of the Country Music Hall of Fame and were inducted into the Musicians Hall of Fame in 2019.

In the wake of his death, Cook has received an outpouring of tributes from his country music peers, including the 2022 CMA Awards when co-host Luke Bryan acknowledged his impact on the genre. Backstage at the show, reigning Vocal Group of the Year winners Old Dominion shared how influential Alabama has been on them.

“They’re just a massive, massive band that really shaped country music and changed the direction of it,” frontman Matthew Ramsey said. We wouldn’t be here without him.”

Arrangements for Cook’s “Celebration of Life” will be announced at a later date. 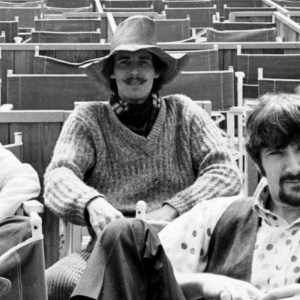