Nearly 15 years after the release of their 2007 album, Insomniatic—containing pop-rock hit single, “Potential Breakup Song”—sisters Aly and AJ Michalka, who perform together as Aly & AJ, finally announce a follow up.

Aly and I initially were like, ‘Well, we don’t want to self title this album. We do want to use some sort of phrase from the record or maybe a song title on the album that we can tie into the album name,” AJ says in an interview on Apple Music’s The Chart Show with Brooke Reese.

“And then we were hanging out at Sunset Sound where we recorded the record last year, this was probably June or July, and we were outside just figuring out where we wanted this record to go in terms of the visual, what we were going to put as the cover.”

To steer them in the right direction, the sister’s knew they needed an album name. Aly suggested puling a chorus line from their song, “Don’t Need Nothing.” AJ says, “Aly suggested ‘A Touch of the Beat Gets You Up on Your Feet Gets You Out and Then Into the Sun.’” And I was like, “That’s hot.”

Born in Torrance, California, sisters Alyson, 31, and Amanda “AJ” Michalka, 29, signed a recording contract with Hollywood Records in 2004 and released their debut album, Into the Rush, the following year as the Disney-owned label was also breaking acts like the Jonas Brothers and Hannah Montana. Aly & AJ released two more albums through 2007 while simultaneously starring in Disney Channel originals—Aly was a series regular on Phil of the Future, and she and AJ later co-starred in the film Cow Belles. They promoted their third album, Insomniatic, by opening for Miley Cyrus in 2007-08 on her Hannah Montana arena tour.

The sisters say this fancifully-titled record feels like their first. “It’s really wild, but it feels really good,” says Aly, “It feels like this has been a long journey for us and it’s just a long time coming.”

AJ adds, “It’s not our first rodeo, which is great, because we kind of know what to expect. We’ve done this before. We’re gearing up for a tour. We know how to put out a record, promote a record properly. And so we know what we’re doing. We feel confident in that, but it’s kind of like our baby’s just going out into the real world for the first time. It’s crazy.”

In the process of penning this new collection, Aly & AJ were able to rid themselves of the pressure of writing for radio and playlists and wrote a accurate portrayal of who they are at this point in their careers—capturing authentic versions of ourselves.

“We wanted to figure out how do you bottle and capture the sound of the west coast, the sound of California? What would that be if it was a soundtrack to your life, what would it sound like?” says AJ. Songs like the anthemic “Pretty Places” captures this open-road freedom with palpable pop sunshine.

Aly says the goal is that they are “hopefully seen in a new, exciting light. That it’s not the Aly and AJ that you necessarily grew up listening to, but there’s still comfort in, we are those same girls still, we are still telling our stories and we’re writing them on the guitar and on the piano, like we started. We’re just now telling those stories as adult women.”

Released May 7, A Touch of the Beat Gets You Up on Your Feet Gets You Out and Then Into the Sun is available everywhere. Listen to Aly & AJ’s full interview on Apple Music’s The Chart Show with Brooke Reese, here. 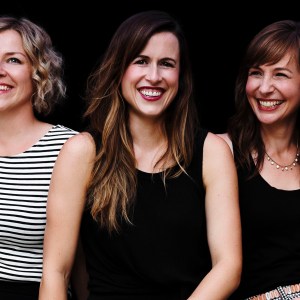 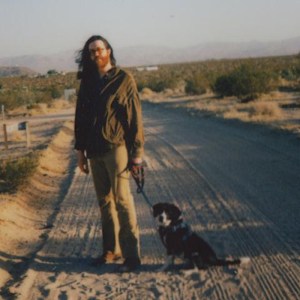