Anna of the North joins Brooke Reese via FaceTime on Apple Music to talk about her latest album Dream Girl and her amplified success after Apple’s iPad Pro campaign. Tune in and listen to the conversation in full today here today, July 14, at 11 PM LA / 2 AM NY / 7 AM London. Read below for a preview of Anna and Reese’s conversation.

“I just find it all like, it’s such a perfect moment. My tour was over and it was about time for the new chapter of my music career, but then some Apple just boom, boom, boom, changed that. So yeah, it’s definitely getting a lot of attention. I get like updates all the time from the label and stuff. And just a lot of, I think it’s been on all the Shazam lists, so most Shazamed songs and iTunes, doing pretty well on iTunes. And the streams have, I think, like tripled or something. And yeah, I get a bunch of new people being like, ‘Hello, I love your song.’ So that’s really, really, really cool.”

“For me, I think I went through a relationship a couple of years ago that was like on and off, on and off. And the first album I did was more like heartbreaking, in a way, like the heartbreak album and this is more like moving on. And what I felt was like, well, that person is not to decide how I’m going to feel. You know what I mean? I kind of needed to get free from me needing him to like me. That song to me is like a freedom song in a way like I think the most important thing is that you like yourself. You know what I mean? And trying to understand that. And so that was like a part of my kind of moving on journey to launch.”

About Her Song “Leaning on Myself”

“‘Leaning on Myself’ I think I just really needed that song in my life. It’s like, I think I’ve been relying on too many people in my life. I remember writing it and then listening to it after and I was just like, ‘Whoa.’ I didn’t understand what I was writing until I heard it. Because I wrote it at night and then next morning I listened to it and I was just like, I remember I just started crying because I was like, ‘Oh my God, this hits me.'”

Listen to Anna of the North’s full album below. 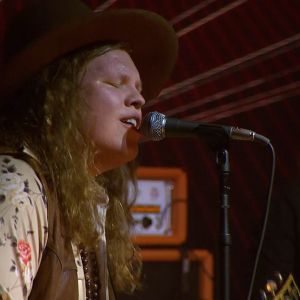 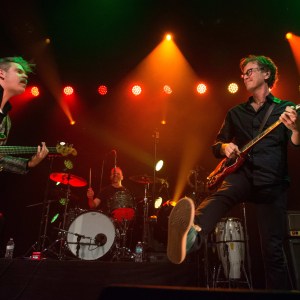