The F.B.I. has declassified a 270-page file on Aretha Franklin, revealing that the agency extensively investigated and tracked the queen of soul, who died in 2018 at the age of 76, throughout the 1970s.

The document includes bureau reports from more than a dozen states, including details of Franklin’s civil rights activism activities, including friendships with Martin Luther King Jr. and Angela Davis, in addition to several threats, including death threats, made against the artist. The file also documents a potential copyright infringement lawsuit in 2005, which started from a Yahoo! Groups message board in 2005 and involved an individual who sold pirated DVDs and CDs of the artist’s performances.

Initially requested several years ago by journalist Jenn Dize via the Freedom of Information Act, the file also includes an F.B.I. examination into Franklin’s performances for the Southern Christian Leadership Conference (SCLC), which featured King.

Held in Memphis and Atlanta in 1967 and 1968 the shows were labeled “communist infiltration” events. The F.B.I. alleged that Franklin was involved in a “huge memorial concert” following King’s assassination in 1968 that would “provide emotional spark which could ignite racial disturbance in this area.”

The bureau also tracked several performances identifying Franklin as a performer at events deemed suspicious, including a Black Panther Party event in Los Angeles. Franklin was also linked to a 1972 fundraiser performance for Angela Davis in Los Angeles. At the time, Davis had served jail time for murder-kidnapping charges in California, according to the documents. In 1970, guns belonging to Davis were used in an armed takeover of a courtroom in Marin County, California, which resulted in the death of four people. Davis faced three capital felonies, including conspiracy to murder, and was later, prosecuted and jailed for more than a year before her acquittal in 1972.

Sponsors of the concert, the National United Committee to Free Angela Davis, was “an organization founded by the Communist party, United States of America,” according to the bureau report. The artist was also linked to an earlier 1971 benefit event for Davis with the Boston chapter of the Young Workers Liberation League, which she never attended.

Another report linked Franklin to the Coordinating Council for the Liberation of Dominica (CCLD), which was labeled as “a black extremist group bent on disturbing the tranquility of the Island of Dominica” by the agency. A source in the document named Franklin as a friend of Roosevelt Bernard Douglas, a “black extremist of international note,” who later became the prime minister of the Caribbean island country of Dominica, but the bureau found no further evidence of a connection between the CCLD and Franklin.

Franklin’s files also document threats against the artist, including one individual who told Franklin she was on a “hit list” in 1974 and another who posed as an F.B.I. agent to extort $1 million from the singer and threatened her if she did not pay. Other records of harassment at her home by phone calls and letters in 1979 are also documented in the file.

Along with Franklin’s recently released files, Micky Dolenz, the last surviving member of the Monkees, recently sued the F.B.I. to receive records collected on the group. The file in question was released in 2011 and revealed that an F.B.I. agent was sent to attend the Monkees’ 1967 concert in Los Angeles to investigate “subliminal messages” in the group’s on-stage projection, including those spreading anti-Vietnam war messaging.

The suit alleges that the group “were known to have associated with other musicians and individuals whose activities were monitored and/or investigated by the F.B.I.,” including Jimi Hendrix, The Beatles (specifically John Lennon), and more. 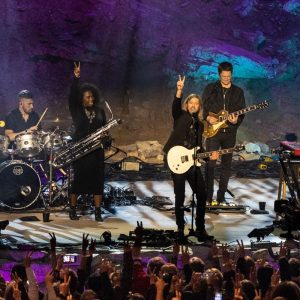