The names. The feud. The money. The legacy. Buckle up. It’s about to get toasty. We’re diving into the history and meaning of the Michael Jackson song, “The Girl Is Mine,” featuring Beatle Paul McCartney.

The Song: Cartoons and Toto?

The year before, in 1981, Jackson and McCartney had recorded the song, “Say Say Say” and “The Man” for McCartney’s fifth album, Pipes of Peace, which was released in 1983.

“The Girl Is Mine” topped the R&B singles chart upon its release and it peaked at No. 1 on the Billboard Hot 100. It hit No. 8 in the U.K. and No. 1 in Spain. After just two years, the song had sold 1.3 million copies by 1985. It was certified Gold. Though, at the same time, critics believed it was the weakest song on the masterpiece, Thriller. The cover photograph for the single was taken by McCartney’s wife, Linda

As rumor has it, Jackson wrote the song with McCartney while watching cartoons. Jones had apparently approached Jackson about writing a song featuring two men fighting over a girl. Liking the idea, Jackson, woke in the middle of the night one evening and sang the song into a tape recorder. “I sang exactly what I heard in my head, starting with the melody and the keyboard and the strings and everything,” Jackson said. “So, I just orally put it all on tape.”

Also involved in the recording of the track were several members of the rock band, Toto, including David Paich on piano, Jeff Porcaro on drums, Steve Lukather on guitars, and Steve Porcaro on synthesizer programming.

To date, the single has been involved in two plagiarism lawsuits. The first occurred in 1984 and the second nine years later in 1993. Both cases had Jackson testify in court and both lawsuits were decided ultimately in favor of the “Beat It” singer.

James Klenk, Jackson’s attorney in the first suit, praised the singer upon the jury’s verdict. “The man is a genius. He doesn’t need anyone else’s songs. His own words were the key.”

The remix sampled the original recording, but McCartney was omitted. Perhaps due to the feud between Jackson and McCartney. Later, however, the original version of “The Girl Is Mine” was included on Thriller 25 with McCartney’s vocals included.

The partnership between Jackson and McCartney has led to many think-pieces, largely due to the fact that Jackson purchased the Beatles catalog after McCartney talked to Jackson about the value of owning song masters. For more on that, read HERE.

Jackson has said that the recording of the song was one of his best moments in the studio. “One of my favorite songs to record, of all my recordings as a solo artist, is probably ‘The Girl Is Mine,’ because working with Paul McCartney was pretty exciting and we just literally had fun,” he said. “It was like lots of kibitzing and playing and throwing stuff at each other and making jokes. We actually recorded the (instrumental) track and the vocals pretty much live at the same time, and we do have footage of it, but it’s never been shown… Maybe one day we’ll give you a sneak preview of it.”

Footage from the two in the studio was later shown to audiences during The Paul McCartney World Tour, a 103-gig tour, which ran from 1989 through 1990.

Remarkably, because “The Girl Is Mine” was the first single released from Thriller and since critics didn’t take too warmly to it, thinking Jackson and Jones had made a song for white audiences only, the buzz around Jackson’s forthcoming LP was that it would be weak. How wrong the populous was on that one.

The song has also influenced tracks from acts, including a track by 99 Souls and a through-the-looking-glass song, “The Boy Is Mine,” by Brandy and Monica. 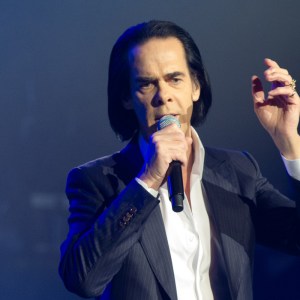 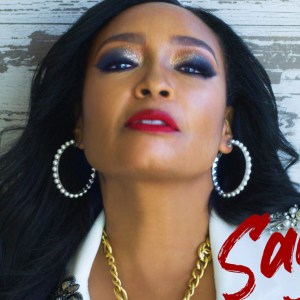