At the time, David Crosby was undergoing some personal transitions that would eventually prove to have a seismic impact on American popular culture at large.

The summer prior, he had ramped up tensions with his bandmates in The Byrds by stirring some controversy at the Monterey Pop Festival—his on-stage comments questioning the validity of the Warren Commission on the assassination of President John F. Kennedy weren’t well-received by the other Byrds. Later that night, Crosby hopped on stage to join Buffalo Springfield’s set—that wasn’t well-received by the other Byrds either.

Four months later, Crosby was out of The Byrds and found himself searching for a new project. Then, in March 1968, he, Stephen Stills (of Buffalo Springfield), and Graham Nash (of The Hollies) combined forces at a party at Cass Elliot’s house—the rest is rock’n’roll history. By summer ‘68, the three were forging the tunes that would go on to be an integral part of the soundtrack of the late ‘60s.

All throughout that time, another American icon was also busy at work: Robert Kennedy. Announcing his run for president and jumping onto the campaign circuit, he spent those months building up a political movement that aimed to inherit the legacy left by his brother, who many—including Crosby—were still mourning. Uniting workers, farmers, immigrants, financial interests, and more, his coalition of supporters was as diverse as it was powerful. When he won the California primary on June 5, it looked like he was on the fast track to the White House.

But then, right after his victory speech at the Ambassador Hotel in Los Angeles, history took a tragic turn: the younger Kennedy was assassinated. Millions around the world were in shock… including Crosby.

The Los Angeles-born artist was watching the action that night, and as soon as word of the murder hit the airwaves, he was overcome with grief… and thankfully, that grief instantly began to manifest in something mighty powerful: creative inspiration. By the time the sun rose on the morning of June 6, Crosby had written a new song, one that would almost become synonymous with the turbulence of the late ‘60s itself: “Long Time Gone.”

Perhaps best known for its iconic inclusion in the opening sequence of the 1970 Woodstock documentary, “Long Time Gone” is a cathartic and impassioned tune that first appeared on the supergroup’s self-titled debut album in 1969. Grounded by a booming bassline—paired with a laid-back groove, tasteful organ accents and a blistering guitar lead—its composition is a defiant expression, demonstrating the frustration and disappointment of Crosby and his millions of peers who were trying to make sense of the chaotic unfoldings of history.

‘Cause it appears to be a long time,
Before the dawn.

“It was written the night Bobby Kennedy was killed,” Crosby wrote in the liner notes for CSN’s 1991 box set. “I believed in him because he said he wanted to make some positive changes in America, and he hadn’t been bought and sold like Johnson and Nixon—cats who made their deals years ago with the special interests in this country in order to gain power. I thought Bobby, like his brother, was a leader who had not made those deals. I was already angry about Jack Kennedy getting killed and it boiled over into this song when they got his brother, too.”

Articulating his thoughts and feelings on the state of the world while encapsulating the message in an easily-digestible, universally applicable package, the song is one of the more effective examples of protest music from the era of counterculture. For that alone, it’s certainly earned its place in the annals of the new Great American Songbook.

Check out more coverage on Crosby, Stills and Nash HERE and listen to their song “Long Time Gone” above. 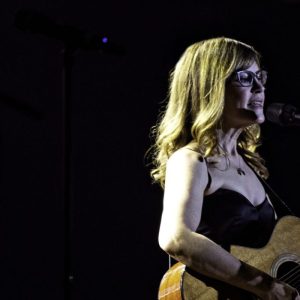 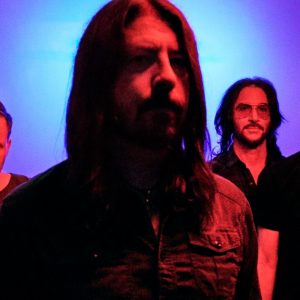