There is perhaps no music couple more royal, today, than Beyoncé and Jay Z. So, when the two are rumored to be working on new music together—well, that’s a big deal.

Queen B and her husband Jay-Z will, reportedly, be releasing a new LP as part of Beyoncé’s Renaissance trilogy in the not-so-distant future, according to The New York Times.

Ahead of dropping her recent LP, Beyoncé noted that she was planning a three-part Renaissance story.

“This three-act project was recorded over three years during the pandemic,” Beyoncé wrote on her website. “A time to be still, but also a time I found to be the most creative. Creating this album allowed me a place to dream and to find escape during a scary time for the world.”

According to The Times’ Kyle Buchanan, the second album in the Renaissance trilogy will be an acoustic album and the third will be a collab with Jay Z.

“Before Twitter goes down, instead of making you follow me somewhere else, I’ll just tell you what I’ve heard about the other 2 acts of Beyonce’s 3-part ‘Renaissance’ project (2nd act is an acoustic album, 3rd act is a collaboration with Jay-Z),” Buchanan wrote on Twitter.

Added Beyoncé on her website, “It allowed me to feel free and adventurous in a time when little else was moving. My intention was to create a safe place, a place without judgment. A place to be free of perfectionism and overthinking. A place to scream, release, feel freedom. It was a beautiful journey of exploration.”

Beyoncé and Jay haven’t confirmed the rumor, but the two have worked together on albums and tours in the past. They joined forces for the surprise release of Everything Is Love in 2018, during their On The Run II Tour. The LP hit No. 1 on the Billboard 200 and went on to win Best Urban Contemporary Album at the 2019 Grammys. They also worked on hit singles such as “Crazy In Love,” “’03 Bonnie & Clyde,” “Drink In Love” and more.

In other Beyoncé news, the singer leads all artists with nine Grammy nominations. Jay is up for three, thanks to his lyricism on DJ Khaled’s recent album, God Did. 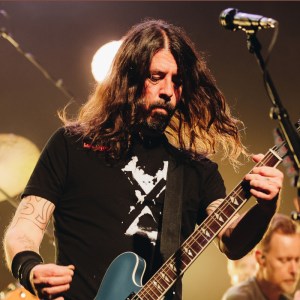 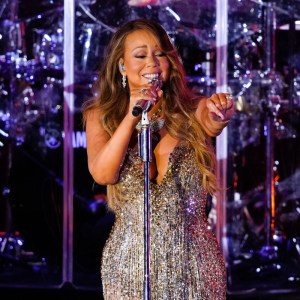