Billy Ray Cyrus breaks it down. Don’t Call it a comeback. I’ve been here for years. Rockin’ my peers and putting suckas in fear. Making the tears rain down like a monsoon. Listen to the bass go boom.

No, his is not the no holds barred strike delivered by LL Cool J, who originally wrote “Mama Said Knock You Out” as a confirmation to the critics that he wasn’t going anywhere, and he never went away in the first place. Opening his The Singing’ Hill Sessions – Mojave, Cyrus gives J’s 1990 anthemic hit his own rootsy gravitas, yet still gets the song’s old-school sentiment across. While he may not be dropping lyrics to get the cops called on his second installment of The Singing’ Hills Sessions, Cyrus is clear one thing: he’s still here.

An homage to his Kentucky roots, and follow up to his sixteenth album, 2019’s The SnakeDoctor’s Circus and Singing’ Hills Vol. 1 – Sunset, also released in 2020, Cyrus burrows deeper into his musical base, from the Cool J rendition—his own countrified nod to Lil Nas X’s “Old Country Road”—to a lunar-stirring ballad “Ghost Dance,” a song Cyrus calls a “coming home.”

Originally written in 1996, “Ghost Dance” is an ode to Native American history and culture, and the circular tribal dance and belief that the cyclical nature of the world can bring back spirits and restore life. Singing I looked up / Mother life, she rode the comet’s tails / Blue her sorrows / Filled her eyes, somehow she felt she failed, “Ghost Dance,” in turn, also reveals Cyrus’s own restoration and reconnection to songwriting and the ongoing journey of his life.

“I’ve always loved the spirit of ‘Ghost Dance’ and the belief that all energy moves in a circle,” says Cyrus. “Releasing this song now feels like a full-circle moment for me. I’ve had so many wonderful journeys and experiences over the years but this feels like coming home.”

Subtitled Mojave, this collection of songs (also recorded in the Mojave Desert), is a reflection of Cyrus’ life and career in Nashville, his Kentucky upbringing, and finding his way back to his core: crafting a song. Picking up on the thicker thump of “99 Single Wide,” Mojave offers another tender moment on the reminiscent “Holdin On” and gets a honky-tonk fusion—and a more upbeat recovery of Cyrus’ slower crooned “Ain’t No Good Goodbye” (1992)—on closer “Good at Goodbyes.”

“My dad always said ‘if you don’t know what to do, stand still, the answer will come to you,’ and it seems like the universe might have been nudging us to find answers,” says Cyrus of making The Singin’ Hills Sessions. “I’ve found that music is the way I’m able to connect with so many people and spread light, especially during live shows, but right now this music has become my relationship with the world outside my front door.” 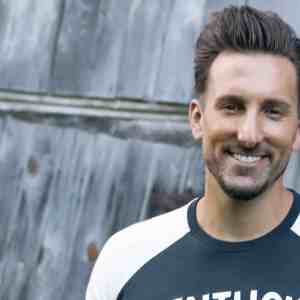 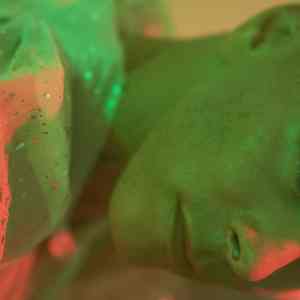