It’s been nearly 25 years since Blind Melon singer Shannon Hoon tragically passed away in New Orleans from a drug overdose while on tour. The charismatic Hoon was a natural in front of the camera while performing on stage and in videos such as the iconic 1993 MTV staple “No Rain.” He was also just as curious and engaging when he went behind the lens and filmed his bandmates, friends, family and more.

The proof is in the 102-minute love letter All I Can Say, which captures a whirlwind five years in Hoon’s life, from his days as a struggling singer from the Midwest landing in Los Angeles to bona fide rock star success performing in front of hundreds of thousands adoring fans at Woodstock ’94 to his final hours in The Big Easy.

Like many people did when portable video recorders hit an affordable price point in the early ‘90s, Hoon grabbed a Hi8 model and was off and running. Nothing was off-limits, so footage in the documentary ranges from intimate home scenes to studio footage showing the recording of the band’s first album.

All I Can Say is directed by Danny Clinch, Taryn Gould and Colleen Hennessy, with a fourth director credit given to Hoon himself.  Clinch, who photographed the band on tour in the ’90s, and his team sifted through hundreds of hours of Hoon’s footage to create a compelling, humanizing story of an artist so down to earth you’d feel right at home if he was filming you for posterity. That’s not to say it’s all roses- there are plenty of warts and scabs shown. All I Can Say is an intimate peek into the creative side of a gentle soul bursting with creativity, sadly cut short by a relapse in judgment.

The movie title is taken, of course, from the memorable opening line in the band’s breakthrough signature song “No Rain” which Hoon sings with freewheeling innocence: “All I can say is that my life is pretty plain/I like watching the puddles gather rain.”

“His camera was a diary and his closest confidant. In the hundreds of hours of footage, Hoon meticulously documented his life – his family, his creative process, his television, his band’s rise to fame and his struggle with addiction,” the film’s distributors, Oscilloscope Laboratories, state. “He filmed his daughter’s birth and archived the politics and culture of the 90’s, an era right before the internet changed the world. Created with his own footage, voice and music, this intimate autobiography is a prescient exploration of experience and memory in the age of video. It is also Shannon Hoon’s last work, completed 23 years after his death.”

In the years since, the surviving band members- Brad Smith, Roger Stevens, Chris Thorn and Glen Graham- have continued touring and producing new music, with a new studio album possible in late 2020.

All I Can Say is available to stream in the US and Canada with a 3-day rental period, and in a few theater locations. Physical copies and digital downloads for Kickstarter backers will be available to purchase later this summer. Oscilloscope is also currently working on international distribution, but don’t have a date just yet.

The film’s directors have established a partnership with MusiCares, a non-profit organization that assists musicians affected by addiction and mental health issues. 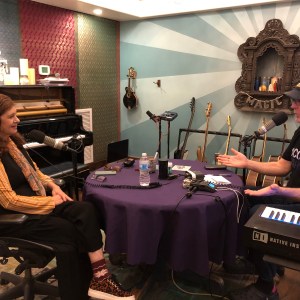