One of the many moments that stood out in the evening was a stunning performance by country superstar Carrie Underwood. Underwood, who is resuming her residency at Resorts World Las Vegas in May, shared a filmed video of her Las Vegas performance of “Ghost Story,” complete with acrobatics that wowed the crowd.

Host Kelsea Ballerini, who could not be at the show in person due to a recent COVID diagnosis, introduced Underwood from her living room. “She has won the most CMT Music Awards in history, including another one tonight already, that’s just a fact. And now she’s bringing us something special all the way from the stage of her residency, Reflections at Resorts World Las Vegas with the help of AEG presents. Here, with a soaring performance of ‘Ghost Story’ from her upcoming album Denim & Rhinestones that you will only see right here… Carrie Underwood.

You’re gonna see a shadow / Midnight playing tricks with your head / A silhouette float down the hallway / And you’ll reach for the light by your bed / You’ll hear a noise, swear you know the voice / And you’ll chase it down the stairs / You’ll look around, not a single sound / ‘Cause there’s no one even there, Underwood sang to kick off the song atop a heightened stage, draped in silk purple cloth.

Decked out in an ensemble fit for the acrobatic show, with ruffles, sparkles, one long sleeve, one short sleeve, one long pant, one short pant, and taffeta, Underwood’s theatrics did not disappoint. Perched high up on the stage, with purple lights, a wind machine, and smoke encircling her, she found herself surrounded by acrobats descending from the ceiling. As she concluded the song, Underwood wrapped herself in the cloth rope that descended in front of her. The Oklahoma native was then launched into the air to match the moves of the acrobats, twisting, turning, and spinning as she continued to sing without missing a note.

Check out Underwood’s performance of “Ghost Story” below. 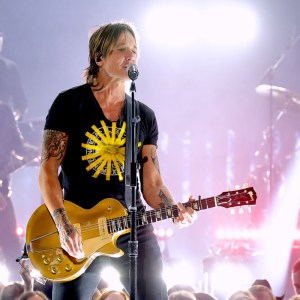 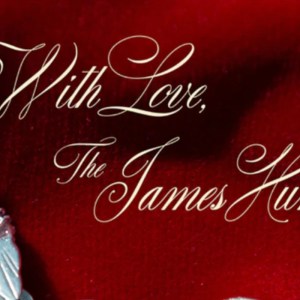