Chance the Rapper has released a new single, “A Bar About a Bar.” And it’s a Windy City family affair.

The video, featuring cinematography by Chicago filmmaker Troy Gueno, opens with Chance’s mid-writing exercise when, his friend and frequent collaborator, Vic Mensa, interrupts to see the work he’s created. Chance looks to Mensa and begins to tell an intricate story filled with bars about bars and lines about lines, as the video portrays cinematic vignettes of the far-fetched narrative.

As the story weaves in and out, the viewer sees the Chicago-based painter Nikko Washington bringing a new art piece to life in Chance’s House of Kicks studio in Chicago. The painting depicts the ideas being discussed and is also interwoven into scenes playing out in the video. In the same signature style as Chance’s “Child of God” video, the lyrics are displayed intentionally across the screen as the story unfolds.

“A Bar About a Bar” is the second piece and “art experience” by Chance the Rapper as the unconventional and boundary-defying musician continues to explore the relationship between music, cinema, and contemporary art. Nikko’s artwork was inspired by “Abar, the First Black Superman’s” unorthodox, Afro-futuristic, and surrealist depiction of racial inequality, racial integration, and classism in the suburbs of white America.

Nikko and Chance unveiled the piece at the Art Institute of Chicago on Wednesday (May 25), which will remain on exhibit through this weekend.

In March, Chance dropped his groundbreaking single and art experience “Child of God” in collaboration with Gabonese global artist and painter Naïla Opiangah. The critically-acclaimed work explores the relationship between music, cinema, and contemporary art redefining the concept of album art. Chance performed “Child of God” on The Late Show with Stephen Colbert and the work was prominently displayed at Chicago’s Museum of Contemporary Art and EXPO CHICAGO. 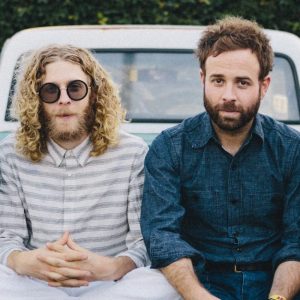