“I needed to let go of someone who was weighing me down,” Nashville’s Brandon Calano tells American Songwriter.

Flanked by an unhealthy relationship, Calano knew that he had to make a change in his life—and since he began performing under the name Becoming Young in the late 2010s, whenever it’s come to changes in his life, he knew he could count on one tool to help him find his course: songwriting.

“Songwriting is a spiritual process for me,” he explained. “It’s a time when I open my heart and mind in an attempt to let the universe speak through me. Some of my best lyrics feel like they just came through me. One minute they were not in my brain, and the next minute, they appeared out of nowhere.”

So, when he opened his heart and mind on the subject of the person he needed to get out of his life, something amazing came out: his new single, “Wild & Free,” which dropped on September 10.

“I wanted to create a musical proclamation for myself and others to never let a person, event, or circumstance hold us back from being our true selves,” Calano said. “The song is a reminder that we are powerful and wiser for all the hardships we’ve faced in the past. It’s easy to get caught up in our tribulations, and we often let missteps and struggles weigh us down. This song is an acknowledgment that we are collectively coming back stronger… no matter what’s happened in the past, we are resilient. We can and will break free from the darkness.”

With lyrics like “I’m coming back to me/ with the courage of ten kings” and “This isn’t ego/ It’s just who I was made to be/ So don’t tread on my strength/ Or try to steal my energy,” you can see how profound Calano’s proclamation of independence is. Tied together by a swaggering electro-pop arrangement, the song really is like an energetic exhibition of confidence and strength.

With this single out and more music in the works, Calano feels good about this newfound headspace of empowerment. “Right now, I’m taking a break from committing to EP and album deadlines—instead, I’m giving myself the space to write about wherever my life goes,” he said. “I’m focused on releasing singles, recording new songs, playing shows—and living a life worth writing about.”

Becoming Young’s new single “Wild & Free” is out now—watch the lyric video for it below: 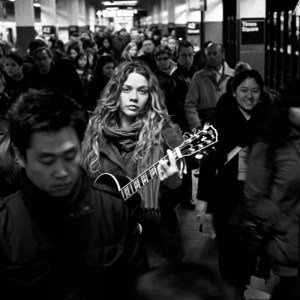