When LeAnn Rimes shared a photo of her new tattoo on social media with the “god’s work” inked in lowercase, a number of commenters immediately started criticizing the singer and songwriter for using lowercase lettering.

“I usually let people just argue amongst themselves, and when everyone started going back and forth with each other I thought, ‘if we’re for arguing about whether or not the g is capitalized in god, we’re missing the whole point,'” Rimes tells American Songwriter. In turn, Rimes ended up using small letter case throughout her 19th album god’s work (EverLe Records via Thirty Tigers/ The Orchard), out Sept. 16.

“If that was going to get people’s attention,” adds Rimes, “then maybe that would be a door into deeper conversations.”

For Rimes, now 39, god’s work was a collection of music that took most of her life to create. A reclamation of her life, her femininity, god’s work also addresses the more universal themes of unification, understanding, and our place in this world. “The whole album discusses creation and the light and the dark of it,” says Rimes, “the duality of life and how the duality of things is still part of creation.” She laughs, “It’s a deep record.”

Co-written and co-produced by Rimes and her friend and longtime collaborator, producer and songwriter Darrell Brown—who has worked with the artist since her tenth album Lady & Gentlemen in 2007—god’s work was as much a collection of life messages as it was an exploratory test for the pair, crisscrossing genres and opening up arrangements.

“Sonically, there’s a lot of different grooves on this record,” says Rimes. “We played with a lot of rhythm, which I haven’t really done before on albums, but I love drums, and I love rhythm. There’s something about it that’s really intoxicating for me, and I wanted that to be a huge piece of this record.”

Hey god why don’t you take me home / Beam me up / I’ve got a ticket to board, sings Rimes in the opening power ballad “spaceship,” an elevation of the struggle of human existence within the greater scope of the universe. “There’s such pain and longing and grief in that song, and such a desire for belonging,” shares Rimes of the song. “I think so many of us have felt like we don’t belong. I know that’s been a constant for me in my life, so there’s a lot of anger. It’s really a pleading of ‘just get me out of this place,’ but there’s hope in there too.”

Featuring some of Rimes’ collective of collaborators on god’s work, Ziggy Marley, Ben Harper, and Ledisi join her on the Americana and reggae leaning “the only,” emphasizing unity over divineness—Start with the heart is meant for giving / This life is meant for living / It’s hard enough already just to survive the healing and the repetitious reminder the only way we’re gonna get there is if we hold each other’s hand.

Initially recording three tracks with Brown in 2019, Rimes continued working on the album throughout the pandemic remotely with the entire team and admitted that she still hasn’t even met Marley. “I think life had to happen in order to influence the record,” says Rimes. “I’m a firm believer, as a creator, in not questioning what comes through, and creating what I feel comes through and what I’m drawn to. I’m also constantly observing life in order to inspire my art, so there was definitely an influence in the whole shutdown of life and what was coming up collectively for people—the rage, the fear, the need for community.”

She adds, “It’s very scary to question all of these constructs that we’ve based our life around because ultimately there’s a part of us that has to die in order to be reborn. That process of life, I don’t like it, but I’m very familiar with it. When I think of the lyrics of the record, hopefully, it’s opening people up to themselves.”

Filling in with the more melodic pop “awakening” and affecting piano-driven ballads “how much a heart can hold” and “innocent,” god’s work is balanced by drums and the tribal march of “throw my arms around the world” followed by similar tonal beats on “the wild,” featuring legendary percussionist Sheila E. and country singer Mickey Guyton.

A fierce reclamation of the female voice, “the wild” was sparked from Rimes’ own experiences as a young girl in the music industry. “It’s the biggest amount of growth I’ve had from the incarnation of that song to where I’m at in my life and how I own it,” says Rimes.

“It’s very tribal,” adds Rimes of her collaboration with Guyton and E. “There’s something very old as well and that was very intentional. I wanted this wild expression. There are many facets of me, and I’m sure many other women, where that wildness to be untamed hasn’t been polite or acceptable, and I really wanted to convey that in the musical choices. Energetically, the drums met what I was conveying in the lyrics.”

The persecution of the woman / The burning has gone on for too fucking long, sings Rimes in the opening lines of the song, one the singer initially questioned leaving in the song. “I looked at Darrell [Brown] when we wrote that and was like, ‘can I say that?’” shares Rimes.

“I grew up in a world, especially in country music, when I first started where you can’t have an opinion because people won’t buy your record, so that was ingrained in me when I was 11 years old,” added Rimes, who was 13 when she released her blockbuster debut Blue in 1996, which earned the young artist her first Grammy Award for Best New Artist. “This is my own journey of using my voice for the expression of my own opinions and views. It’s taken me 40 years to get here, and I’m still terrified of releasing certain things.”

On “the wild,” Rimes also touches on something she’s never approached lyrically: rage. “That’s not something that I often touch upon, in my music,” she added. “I like to keep it a little lighter, or a little more sad, but as a woman in this world, sadness is our easier emotion to go to, because it’s more acceptable. I wanted to really tap into that rage and the outrage, and being enraged by the suppression and the repression of things for generations as a woman in this world.”

Throughout god’s work, Rimes offers a musical sermon of love and hope with Guyton along with Robert Randolph and Tata Vega on the title track and the quieter uplifts of “something better’s coming,” “there will be a better day” and Rimes’ closing duet with Aloe Blacc on the soulful “i do.”

Working with Brown, the album was led by “god’s work,” the first song they wrote for the album in 2019, and the words she ultimately tattooed on her arm. “The message was super important to me,” says Rimes of the title. “It’s a reminder for myself that we are, as the song says, all God’s work. Whatever you want to call God, whether it be universe God as the man in the sky, however anyone defines it.”

There’s also joy to the album, says Rimes. “Sometimes we take you into like really deep messages,” she says, “but then there’s a lifting, opening that sort of happens.”

Wrapping up the second leg of her the story…so far tour, supporting the new music, and celebrating the now 26th anniversary of Blue, in September, Rimes recently closed the third season of her iHeartRadio podcast Wholly Human.

Now, as god’s work is on the horizon, Rimes is still surprised that she’s still listening to the album.

“I listen to this album all the time, and I don’t normally listen to my own music,” laughs Rimes. “When I’m in need of an emotion or want to match an emotion that I’m feeling at the time, there are specific songs that I go to. I think as an artist, I know that one of my gifts is to be able to open people to emotions that they don’t necessarily touch upon all the time, so this album will take you on a ride, for sure.” 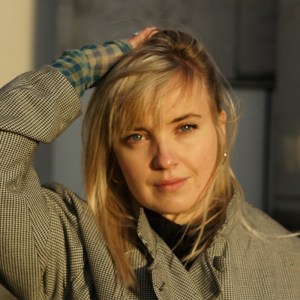