Drew Barrymore shares that Britney Spears would be a dream guest to feature on her acclaimed talk show, The Drew Barrymore Show. In a recent interview with Variety, the actress chatted about her show and the “unique conversation” she hopes to have with the pop icon.

“There’s not a ton of us out there who have publically lost our freedom, had breakdowns in front of everyone, become punchlines and fought our way back,” she said.

Both women entered the entertainment industry at a young age – Britney appeared as a member of The Mickey Mouse Club at age 10 and Barrymore was just six years old when she landed her role in E.T.: The Extra-Terrestrial.

They also share a journey in seeking freedom from parental figures at different stages of their careers. Spears’ was recently released from a years-long conservatorship under her father Jamie Lynn Spears and Barrymore was legally emancipated from her parents at age 14.

The two women have publicly noted their appreciation for one another on several occasions. In a since-deleted Instagram post, Spears described Barrymore and fellow actress Kate Hudson as “by far the 2 most beautiful people [she has] ever seen in [her] life.”

Barrymore responded emotionally to the post on her show, saying Spear’s words were “such a moment” for her.

“I have so many feelings towards her,” Barrymore said. “We’re all listening, and I’m really excited for your book.”

Barrymore launched her talk show in 2020 and has been making headlines ever since divulging juicy secrets about her love life, including reuniting with her ex-husband after 15 years apart and

Watch the video from The Drew Barrymore Show below. 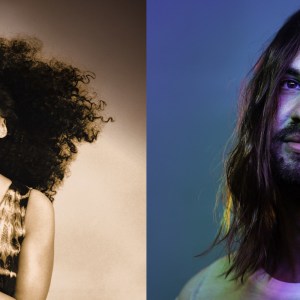