For the 19th consecutive year, the Americana Musical Festival & Conference is currently taking place within the heart of Nashville. Having kicked off Tuesday, September 11 and concluding Sunday, September 16, the festival includes 500 performances from some of the best and brightest in Americana music. From legends to rising stars, the festival unites artists, industry professionals and music lovers alike.

We compiled a list of artists we definitely won’t be missing at this year’s AmericanaFest.

Praised for her ability to transform hardship into something positive and cathartic, as on her latest release Putting On Airs, Erin Rae writes songs that are empowering and vulnerable. With her soft and comforting vocals, Rae has received praised from countless noteworthy publications, including Rolling Stone and BBC. Rae performs 10 p.m. Wednesday at The Basement East, 10 p.m. Thursday at Third Man Records, 11 p.m. Friday at The Basement East, and 12 p.m. Sunday at The 919 Gallatin.

It’s easy for artists to get lost in the sea of others trying to “make it.” For country singer Leah Blevins, however, her voice is incredibly distinct and unique. Drawing inspiration from all aspects of life, from her religious upbringing to Southern roots, Blevins finds a way to bring a special spark into her songwriting. She performs an 11 p.m. set Thursday at The 5 Spot.

The War and Treaty

Describing themselves as “two lovebirds singing without reverb,” The War and Treaty know how to captivate their listeners. The traditional folk duo is made up of married couple Michael and Tanya Trotter, and they couldn’t balance one another out more perfectly. With Tonya’s powerful and soulful vocals and Michael’s lower, softer timbre, their songs are intense and compelling. You can catch the couple 6 p.m. Tuesday at BMI, 11 p.m. Wednesday at Mercy Lounge, 11:30 a.m. Thursday at Sound Stage Studio, 2 p.m. Friday at Sound Stage Studio, 11:30 p.m. Friday at Cannery Ballroom, and 11 a.m. Sunday at City Winery.

Despite first embarking on his musical journey nearly 50 years ago, alternative country artist Alejandro Escovedo continues to make a name for himself. With his album The Crossing set to release later this month, Escovedo finds his way back to his musical roots after all these years. You can catch Escovedo playing all of his hits 4 p.m. at The Westin (Vanderbilt), 12 p.m. Thursday at The Local, 2 p.m. Thursday at Grimey’s, and 11 p.m. Thursday at 12th & Porter.

Amythyst Kiah puts a unique and contemporary twist on traditional folk music. Drawing inspiration from both classic artists like Olla Belle Reed to modern musicians like Adele, Kiah makes it impossible to forget her voice. Her vocals are all at once raw, powerful, and empowering, as seen on her debut EP Amethyst Kiah and Her Chest of Glass. Find Kiah performing 9:30 a.m. Thursday at The Westin (Gulch), 5 p.m. Thursday at The Crying Wolf, 4 p.m. Friday at The Westin (SoBro), and 8 p.m. Friday at City Winery Lounge.

Often referred to as “The American Songster” due to his experience in a variety of musical genres, Dom Flemons continues to add to his list of accomplishments as a folk songwriter. After co-founding the Grammy-award winning group Carolina Chocolate Drops, Flemons released his first solo album in March 2018. With his intense guitar picking and banjo plucking, Flemons reignites the spark in traditional folk music. Flemons plays 2 p.m. Thursday at The Westin (Vanderbilt) and again at 8:30 p.m. at Station Inn.

Despite her fairly recent introduction to the world of folk music, Emily Scott Robinson’s old soul shines through in her songs. Her music is a cathartic outlet for listeners as she sings about everything from true love to the loss of innocence. Robinson digs deep into her past experiences to create music that is altogether melancholic, comforting, and sweet. She performs an official showcase Saturday at 8 p.m. at The Station Inn.

When it comes to singer/songwriters, Katie Pruitt is the whole package. Focusing first and foremost on her lyrics, Pruitt brings listeners headfirst into her life experiences. When combined with her raw vocals, one can’t help but hear firsthand Pruitt’s passion to perform and tell stories. Pruitt performs Thursday at 8:30 p.m. at Mercy Lounge and 9 p.m. Friday at The Basement East.

Country singer Ruston Kelly is taking the world by storm these days, and with good reason. His first full-length album Dying Star shows his ability to take a seemingly dark situation like his former drug addiction and add a message of hope, a feat that makes Kelly’s songwriting uniquely compelling. Kelly performs Friday at 9 p.m. at Mercy Lounge.

Traditionally known for their bluegrass roots, country quintet Town Mountain puts a new twist on the genre, especially with the upcoming release of their album New Freedom Blues. In their more recent releases, the band uses a unique combination of banjos and kick drums, which only helps evolve their sound. Watch Town Mountain perform 11:59 p.m. Wednesday at The Basement and again 12 p.m. Thursday at Station Inn. 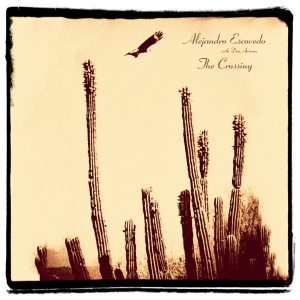