Irish-born comedian, filmmaker, and singer/songwriter Owen Dara is sure to win your heart with the new video for his song, “Nancy Gold.” Filmed in the beauty of the Pacific Northwest, the video combines the stunning landscape with the heartfelt words of the new love song.

We danced through the daylight / with all the earth abloom / each breath returned love’s blissful tune / They call her Nancy Gold by her shining locks of hair / never have they seen one so fair / heavens eyes behold the light of Nancy Gold, Dara sings.

“Nancy Gold” centers around a man and his blissful life with his wife. The period-style video was inspired by Dara’s hometown of Cork, Ireland.

“The idea for ‘Nancy Gold’ came to me as I was thinking about images of Ireland from my childhood. There was a thatch roof cottage near where I grew up, and I pictured a young couple living there back when the cottage had first been built—sometime in the 1800s,” Dara tells American Songwriter. “It seemed appropriate to write it in the style of a traditional Irish song and to feature the Bodhran and tin whistle in the arrangement.”

The traditional Irish instruments add to the ambiance of the song and transport viewers to the coast of Ireland, which was the original location Dara wanted to film.

“Initially I thought the video should be shot in Ireland, but when my partner Jessica Lancaster (who also stars in the video) and I visited the Pacific Northwest in June this year, we found the landscape to be so beautiful that we decided to film the video there,” says Dara. “We captured aerial shots of the clouds and the river from the plane that took us from Seattle to Bellingham Washington, and we found many of the locations around the Bellingham area. We came across the wagon that I sing in front of at a rest stop in Oregon on the drive back to California.”

This is only one of the shifts Dara made during the creation of “Nancy Gold.” Dara changed the entire ending of the song in order to make it more uplifting during the trying time of 2020.

“When I first envisioned the love story, I gave it an unhappy ending. This, too, seemed appropriate since so many Irish songs end in tragedy. However, on second thought, I decided to rewrite the last verse and give it a happier ending, and I’m glad I did,” adds Dara. “I wrote the song in 2020 during lockdown, which was a challenging time for so many people, and I felt it was also a time to put forth positivity.”

“Nancy Gold” appears on Dara’s debut album, Moments I Keep, which was released on October 11. Prior to diving into his music career, Dara traveled as a standup comedian, wrote and performed a one-man show about his life, and wrote and directed two feature films, “Choosing Signs” and “The Holy Fail.” A third feature film is currently in post-production. 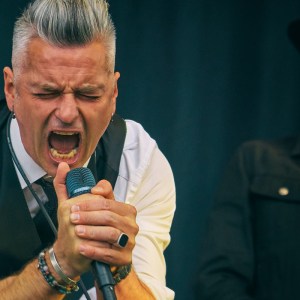 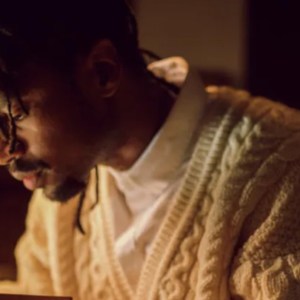