It hasn’t been a good winter for Ticketmaster’s public relations department.

First, it was Taylor Swift’s presale ticket requests breaking their system. Now, there are new issues with Bad Bunny ticketing and an “unprecedented number of fake tickets” for which the ticketing giant has issued an apology.

On Friday (December 9), reportedly hundreds of fans were not allowed into Bad Bunny’s show in Mexico City. The reason? They were told their legitimate tickets are fake, despite the fact that they were bought through Ticketmaster.

Billboard has reported that the start of the artist’s show in Mexico City, at the Estadio Azteca, was pushed back for an hour as onsite officials sifted through a large number of ticket issues and disputes.

The following day on Saturday, Ticketmaster issued a press statement via Twitter, saying, “The issues with access were the result of an unprecedented number of fake tickets, which led to a not normal agglomeration of people and an intermittent operation of our system.”

The statement continued, “The above generated confusion and complicated the entrance to the stadium. With the unfortunate consequence that people with legitimate tickets were denied access.”

In the wake of the new Bad Bunny issues, Ticketmaster has said they will send out refunds to ticket holders who were not let into the Mexico City show.

But that hasn’t stopped The Federal Attorney For The Mexican Consumer, which is a Mexican governmental branch, from opening an investigation into the problems. Officials from that agency were on-site Saturday at the Bad Bunny show, the second performance at Estadio Azteca.

Earlier this winter, Ticketmaster faced global criticism for their handling of Swift’s ticket sales in which high demand caused a spike in the system that left many without tickets. Since then, Swift’s fans have filed suit against the ticketing platform. Read more about that HERE. 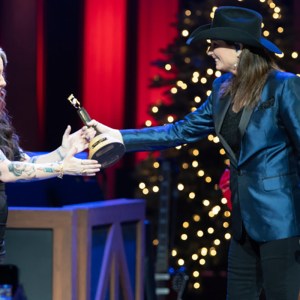