The Foo Fighters will play two shows in tribute to their late drummer Taylor Hawkins this fall.

Band members Dave Grohl, Nate Mendel, Chris Shiflett, Pat Smear, and Rami Jaffee will join the Hawkins family in “celebrating the life, music, and love of their husband, father, brother, and bandmate” with The Taylor Hawkins Tribute Concerts, the first taking place Sept. 3 at London’s Wembley Stadium and the second on Sept. 27 at The Kia Forum in Los Angeles.

“My deepest thanks and admiration go out to the global Foo Fighters community and Taylor’s fans far and wide for the outpouring of love each and every one of you have shown our beloved Taylor,” said the late drummer’s wife Alison Hawkins in a statement. “Your kindness has been an invaluable comfort for my family and me during this time of unimaginable grief.”

Alison Hawkins added, “As Taylor’s wife, and on behalf of our children, I want to share how much you meant to him and how dedicated he was to knocking your socks off during every performance. Taylor was honored to be part of the Foo Fighters and valued his dream role in the band every minute of his 25 years with them. We consider every band member and the extended Foo Fighters team our family.”

Hawkins first joined the Foo Fighters in 1997 and appeared with the band during their tour supporting their second album The Colour & The Shape. He went on to record nine albums with the band, from There Is Nothing Left To Lose in 1999 through their most recent 10th release Medicine at Midnight in 2021, all before his untimely death on March 25, 2022. Prior to joining the Foo Fighters, Hawkins also served as a touring drummer for Alanis Morissette, Sass Jordan, and the band Sylvia.

“The Taylor Hawkins Tribute Concerts will unite several of those artists, the Hawkins family, and of course his Foo Fighters brothers in celebration of Taylor’s memory and his legacy as a global rock icon—his bandmates and his inspirations playing the songs that he fell in love with, and the ones he brought to life,” read a recent release on the tribute concerts. Lineups for each show will be revealed soon.

“Taylor’s endearing spirit and deep love of music will live on forever through the collaborations he so enjoyed having with other musicians and the catalog of songs he contributed to and created,” added Alison Hawkins. “In celebration of his life, it is now up to all of us who loved him most to honor Taylor’s legacy and the music he gave us. Thank you all again for your love and sympathy. Taylor loved all of you and we love you too.”

Sign up for more information on The Taylor Hawkins Tribute Concerts at https://www.foofighters.com/. 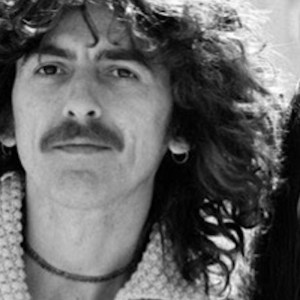