The conversation took place five months since Naomi’s death by suicide in April, and in it, Wynonna says she still “cries a lot” but that, she knows, it’s part of the natural grieving process.

Wynonna says her mother’s passing has weighed on her and their family deeply, but that music has helped them all get through the grief. That’s why, in part, she decided to go back out on tour despite the sadness.

Wynonna also spoke about seeing her mother the day before the duo, who were known as The Judds and one of the most successful country duos ever, was to be inducted into the Country Music Hall of Fame. It was that day she learned the tragic news that Naomi took her own life.

“I got the call, and I went over, and I saw her and that was that,” Wynonna told CBS. “I said goodbye to her in the hospital, and I closed her eyes, and I kissed her forehead and that was that. And the next thing I know, I’m sitting here on the front porch…and I’m just trying to figure out what’s next.”

She continued, “I did not know that she was at the place she was at when she ended it because she had had episodes before and she got better. And that’s what I live in, is like, ‘Was there anything I should have looked for or should I have known?’ I didn’t. That’s why it’s such a shock.”

In a separate interview, Wynonna talked with People earlier this week, telling the news outlet about her choice to continue with The Judds’ final tour that was already planned.

Speaking about her grieving process, Wynonna says, “I’ll tell you what I know about death. In death, there is life. I feel both at the same time simultaneously. I feel joy and sorrow. I’m walking in paradox. I’m literally a walking contradiction. I feel joy. I feel pain. I feel light. I feel dark.”

She added, “How am I coping? It depends on the [situation]. I’m on the phone talking and all of a sudden I’ll just begin to weep. Then 10 minutes later, I’m making dinner and I’m talking to my husband about our date night. Then my granddaughter comes and I cry some more. I cry a lot. That’s okay…It doesn’t mean it’s a sign of weakness.”

Later, Wynonna wiped away tears in an emotional performance with Joni Mitchell and friends at the Newport Folk Festival on what seemed like a cathartic night.

Check out a clip from Wynonna’s CBS interview below. 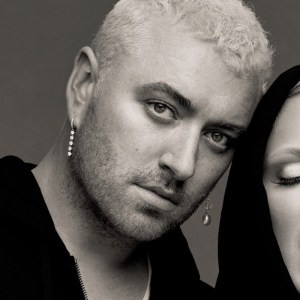