In July of 1971, American culture was in a difficult place.

The social justice movements of the 1960s were beginning to fall apart—the “peace and love” of Woodstock was giving way to harder drugs and corporate commodification, in effect curbing the hippie momentum. At the same time, the Black Power movement was moving into a new direction after the assassinations of leaders like Martin Luther King Jr. and Malcolm X. Heroin spread through Black communities, incarceration rates were beginning to rise and the economic forecast didn’t look good. Meanwhile, the horror of the Vietnam War was bringing things to a boil on the home-front.

In the middle of it all, Funkadelic released a profoundly creative statement of revolutionary freedom and funk: Maggot Brain.

Released July 12, 1971, Maggot Brain was the third LP from Funkadelic, the second band from visionary bandleader George Clinton (whose first band, Parliament, makes up for the other half of Parliament-Funkadelic, a name that’s since been applied to his entire creative universe). Debuting in 1970 and quickly making a name for themselves as propagators of rock-influenced funk, by the time Maggot Brain rolled around, Funkadelic was already beginning to mold their game-changing sound.

But when it came out, the album wasn’t exactly a commercial or critical “hit”—it reached No. 14 on the Black Albums chart but only made No. 108 on the Pop Albums chart. In 1971, Rolling Stone’s Vince Aletti wrote a pretty harsh critique, saying “Funk for funk’s sake becomes merely garbage.” Then, referring to Clinton’s now-legendary opening monologue—which ends with him saying “I knew I had to rise above it all or drown in my own shit”—Aletti wrote, “Don’t look now, bro’ (sic) but it’s up around your knees.”

Nonetheless, Maggot Brain resonated deeply in the hearts of those it was made for: the folks who could connect with the experience Clinton and his bandmates were conveying. For them, it was an instant classic… and since then, its legacy has only grown to reflect that. Nowadays, the title track—arguably its most popular tune—is considered to be one of best guitar solos in music history.

The story behind “Maggot Brain” is almost as widely-known as the song itself. High on LSD, Clinton encouraged Funkadelic guitarist Eddie Hazel to play a two part solo—for the first part, he was to imagine his mother had died; for the second part, he was to imagine that he found out she had actually survived. The end result is a moving display of human emotion.

“‘Maggot Brain’ is a brother crying his soul out,” Funkadelic member Garry Shider said in a PBS Documentary. “‘Maggot Brain’ is a state of mind to get you out of the heroin mood. The way I understand it, George put Eddie in the middle of a whole bunch of amps, just surrounded him with amps, and said ‘Okay, play.’ Billy and all them came up with the rhythm. Plus, those chords are minors and majors—majors against minors, they said you couldn’t do that. But they proved them all wrong. So, as you sat there and got hypnotized to this, Eddie just had to sing to himself on guitar.”

Now looking back at Maggot Brain, it’s amazing to see the impact it’s had. With a canon of music that only continued to evolve in its creativity and funkiness, P-Funk were pivotal in inspiring the West Coast hip-hop sounds of G-funk acts like N.W.A., Dr. Dre, Snoop Dogg and more. Beyond that, their creative philosophy was paramount in shaping the spirit of the music industry today—from fun characters to flashy outfits to mind-melting stage design to gripping visuals to biting social commentary, P-Funk and their inimitable groves can be heard and felt everywhere.

But Maggot Brain really marked a special moment in the groups’ history—no longer interested in sticking to the norms, they were branching out and forging a new way of doing things. It was a genesis, a fiery manifesto, the first milestone of many—it cut through the flurry of noise, tension, violence and confusion and delivered a radical message of love, power and funk, which still rings loud and clear today. 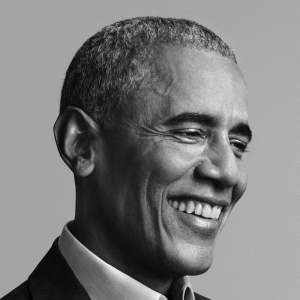 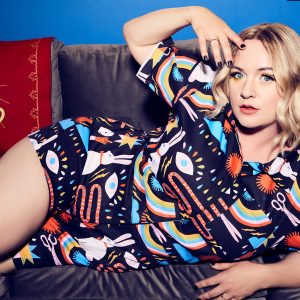