By far my favorite overdrive pedals are always the variants of the original Marshall Bluesbreaker. Back in 1991, they weren’t very popular, but a cult grew over the years and now several top builders offer their interpretations (not the Bluesbreaker 2 BTW, which was nowhere close to the original).

It’s an open, gritty but not spitty, low to mid-gain overdrive that offers a lot of clarity and definition. Where the original lacked in level, all of the modern versions improve on this and one of the best was the Wampler Pantheon. Now, Wampler has smartly expanded on that terrific pedal and made a two-channel, deluxe version that will probably soon be a classic.

The idea of a “Bluesbreaker” pedal originated with Eric Clapton’s sound on the John Mayall and the Bluesbreakers album, commonly known as “Beano”.  It is hard to argue that it’s one of the best-recorded guitar sounds in history. Wampler takes the idea a step further by combining the sound of their single-channel (channel 2 on the new pedal) Pantheon with a second channel (channel 1) which sounds closer to the original. Channel 2 is more refined, more modern, if you will, with independent side-mounted voicing and gain level switches to allow you to further shape your tone.

Put simply, it’s the more aggressive channel. Channel 1 will get you a bit closer to the classic Bluesbreaker tone but with more level control. Stacking these channels is where it really gets fun. You can make the more aggressive channel 2 lower gain after channel 1 or vice versa and anywhere in between. If you can’t get a great sound from either of these two channels separately or combined it may be time for a nap. There’s a total of 200 combinations between them that can be made. You also have independent inputs and outputs for each channel which allows you to run them independently of each other or run other effects on each side as a loop. With the addition of MIDI in and out you can also use a switcher to control the analog channels of each side as well.

Each Channel of the Pantheon Deluxe Dual Overdrive features independent Gain, Level, Treble, and Bass controls to enhance the shaping of your tone. The Baxandall-style active Bass control is neutral at noon but boasts an extremely powerful sweep as you move through the range. A single global Presence control simultaneously alters each channel to add just the right amount of top-end chime to suit different guitars and amplifiers—perfect for when playing live or when in the studio.

Generally speaking, the way I like to use a Bluesbreaker-style pedal is to set it just below medium gain, tone control at noon, and just a touch of presence. It will give you a rich, chime-y, cutting, but not too aggressive sound. However, with the Pantheon Deluxe, I can have a second channel for either more gain or low gain and switch back and forth. Brilliant.

The Bluesbreaker sound has stood the test of time because it’s flexible and just works and can be heard on hundreds and hundreds of records. For good reason. I’ve tried dozens over the years and if you could only have one, the Pantheon Deluxe would be my choice. 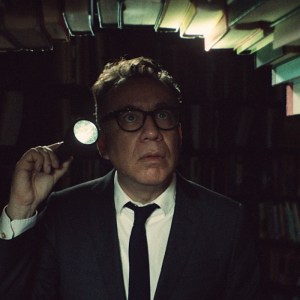