On September 7, bluegrass legend Peter Rowan will release his Compass Records debut, Legacy. Joining him on the album are genre giants Del McCoury and Ricky Skaggs (“God’s Own Child”), singer-songwriter Tim O’Brien, and Gillian Welch and David Rawlings (“So Good”).

Rowan, a Grammy winning singer-songwriter, played guitar and sang vocals for the father of bluegrass music, Bill Monroe, in the mid ’60s. He later became a member of Old and In The Way with Jerry Garcia and David Grisman, and has released several Grammy-nominated solo albums.

Before his new album drops, Rowan will head to Liverpool, where he’ll launch his Legacy tour, which will include stops at the Richmond Folk Festival in Virginia and BB Kings Blues Club in New York City. 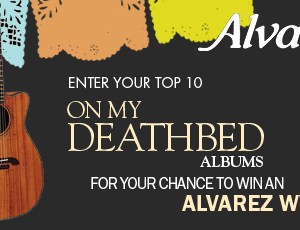