Country singer/songwriter Hailey Whitters is taking a trip down memory lane that might look familiar to you, too. Today, January 14, Whitters released her latest single, “Everything She Ain’t,” about the slight jealousy that bubbles up when you see your crush with someone else. Whitters also dropped the music video for the track, and the setting for the video is… drum roll… high school.

“This song sort of fell from the sky one day writing with Bryan Simpson and Ryan Tyndell,” Whitters said in a statement. “Ryan had this cool bouncy guitar part and I shot out the line ‘I’m everything she is, and everything she ain’t.’ We started spitting out verses and finished it within an hour or so. I love the girl-next-door nature of it and its quirky language.

“The music video was directed by Harper Smith and was inspired by my old high school ‘Cow Pie High’… the city kids called it that because it was the school that all the country farm kids went to. I actually was the homecoming queen my senior year so Harper and I thought it would be fun to muse on that for this video,” Whitters shares. “To me, this song is about being the most authentic version of yourself despite what may or may not be popular at the moment. Whether or not you have a Hollywood smile, this song is about owning what you bring to the table and being confident in your skin.”

You should leave her on an island / Dance with me in this bar / Honey there’s plenty of fish in the sea / But if you take a second look / You’ll see there’s only one of me, Whitters sings on the track.

“Everything She Ain’t” is the first single to be released off of Whitters’ forthcoming record, RAISED, which is set for a March 18 release date. RAISED is the singer’s third studio album and documents Whitter’s fondness for her Iowaian upbringing and Midwestern roots.

“This record is where I’m from, this is me. It feels like the prequel to THE DREAM,” Whitters said. “These are the people and this is the place that made that 17-year-old girl leave everything she’d ever known to pursue a career in country music and not give up over the last 14 years.”

You can pre-save RAISED here, and find the tracklisting for the record below. 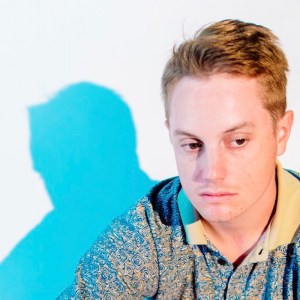