In a recent interview with Apple Music’s Zane Lowe, Grammy-winning songwriter and performer, Halsey, talked about her relationship to songwriting and the inspiration for her new LP, If I Can’t Have Love, I Want Power.

During the long-form conversation, Halsey explains the expectation she feels from fans that the record should be a “girl power” effort. Instead, she says, it’s not exactly that, saying, “The lead single is, ‘I Am Not A Woman, I’m A God,’ it’s not a girl power album. From Jump, I’m like, “I’m not a woman,” you know what I mean? I’m not saying any of that. There’s no girl power in this album.”

As such, in many ways, the album is a relationship album—and not simply puppy love. Instead, and this is clear just by looking at the album’s cover, it’s about bonds between people—mother and child, partner and partner. Halsey, who has made headlines for past relationships, says she’s done with that silliness now that she has someone who is dependent upon her.

“It’s almost like I’m emptying my vault of all these stories,” she tells Lowe, “before I start over, and it’s like, okay, now I have to be responsible for someone else.”

In fact, Halsey says, she’s madly in love with her partner and co-parent, screenwriter Alev Aydin. Their bond helps the world-famous artist and new mom grow.

“I love my partner,” Halsey says. “Our relationship is so full of love and passion and communication. I remember having that moment when I was probably five or six weeks pregnant and being like, so what happens now? Do I have to be boring? So many of the things that I self identify with are not compatible with motherhood. Well, that’s when you realize too, that’s when you take a step and you go, ‘Oh, I’m holding onto my trauma because it’s part of how I define myself and I’m never really going to grow unless I really let go of that trauma.’”

These new revelations may have actually helped the 26-year-old Halsey write and produce her new LP when many might have thought she’d take time off.

“It’s the easiest album I’ve ever written,” Halsey says. “Literally. Everyone was like, ‘Why are you writing an album, you’re pregnant?’ Because it was the easiest album I’ve ever written. And in true Halsey fashion, the writing of the album always manifests itself in a complete juxtaposition to how I feel in my real life. Manic, I told you, was this album that I had initially intended to be an angry, political, pissed off, fem pop-punk album.”

Halsey’s new LP, which is produced by the Oscar-winning duo of Trent Reznor and Atticus Ross, is a dream come true for the artist, she says.

“I’ve wanted to work with Trent for years,” says Halsey, before adding, “I wanted really cinematic sort of, not horror specifically, but kind of just really unsettling production. It’s something I wanted, and Anthony, my manager, knew that it’s something I wanted and I had abandoned it, because I was like, ‘I’m not cool enough. They’ll never do it. I’m not interesting enough. Like, I’m not even going to ask.’”

On working with the duo, Halsey said she was challenged and loved it.

“Trent said something to me that I’ll never forget for the rest of my life,” Halsey says. “Where he was like, ‘Hey, the record is great how it is.’ He was like, ‘So you could not do this with us and put it out.’ He’s like, ‘Or, the way a lot of modern music is right now is it informs the listener not to pay attention. It says this song is safe. You can put it on a playlist. You can listen to it in a car. You can play it at a party, and it’s not going to fuck up the vibe. It blends in with everything else. It’s a mood. It’s chill. But it informs you not to pay attention.’  He was like, ‘Your songs, I think, deserve better than that, and I think that they should make people pay attention to what you’re saying.’ He said, ‘So I’m going to make some really weird choices.’ And I was like, ‘please make weird choices. Make the weirdest choices.’”

In the end, says Halsey, it’s about understanding yourself. If you do that, the rest will come.

“I feel super in the moment, super Zen, super scared about all of it,” Halsey says. “About labor, about being a good mom, about protecting my child and doing the right things, and balancing everything. But I feel so full of gratitude at the same time. I can’t think of anything that could possibly make this moment in my life better. And it’s a subject that has long caused me a tremendous amount of pain, and now I get to feel this way instead.” 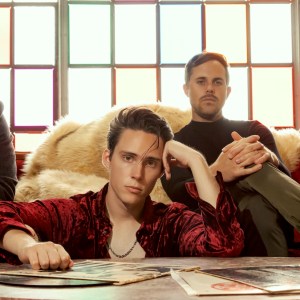 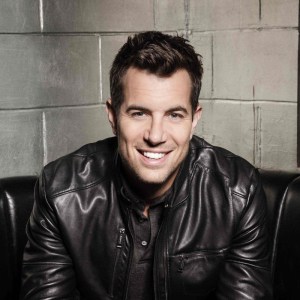