Happy Friday everyone! It’s almost the weekend and everyone is getting revved up for their Memorial Day celebrations. But before the barbecues and boat rides get started, let’s dive into today’s Heardle.

Heardle is a viral browser app that lets music aficionados guess songs from their intros. The game will play just a few seconds of a track and then allow you to guess. If correct, you win the game right away! If not, you can reveal more of the song, section by section, until the answer comes to you.

If the intro alone is not enough to help you recognize a song, then we’re here with a few clues to set you in the right direction.

1. This song was released by an American house music hitmaker in 1990.

2. The song is widely considered a prerequisite for modern house music such as Kiesza’s “Hideaway” and Disclosure’s “White Noise.”

4. The music video sees the singer performing the floor-filling track amid a packed dance club.

5. Finally here are some lyrics from the track: If you’re looking for devotion, talk to me / Come with your heart in your hands / Because my love is guaranteed.

Did you know it?

Robin Stone, better known by her stage name Robin S, rose to fame in the early 1990s with a penchant for pulsing house hits. She scored three number ones on the Billboard Hot Dance Club chart including her debut single “Show Me Love” and follow up “Luv 4 Luv.”

The New York native released the original version of “Show Me Love” in 1990, though the track only went on to see moderate success. In 1993, the song was remixed by the Swedish DJ and producer StoneBridge and re-released under the name Robin S. Armed with a new moniker and a fresh perspective, the single began to climb the charts, settling in at No. 1. The follow-up singles “Luv 4 Luv” and “What I Do Best” found similar success.

The radio mix of “Show Me Love” continues to be a staple in the European club scene. In 2008, the single re-entered the Dutch Top 40, showcasing the song’s lasting appeal.

For her second album, she began working with producers Eric “E-Smoove” Miller and Todd Terry. Her sophomore effort, From Now On, was released in 1997 via Atlantic Records. In addition to house music, the album featured a mix of gospel and contemporary R&B flavors. The album’s first single, “It Must Be Love,” spent two weeks at No. 1 on the Hot Dance Club chart.

Between album cycles, she found success with “Givin’ U All That I’ve Got” which was featured on the soundtrack for Space Jam. 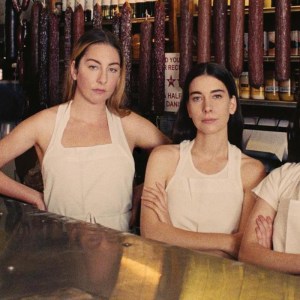