As American Songwriter recently reported, the legendary rock band Rage Against the Machine is back.

The band has finally returned to the stage after taking 11 years off of touring. And they have a lot to get off their chest, politically speaking.

While on stage Sunday night (July 10), the band shared several topical thoughts, writing on a large wall behind their performance stage, “Forced birth in a country that is the only wealthy country in the world without any guaranteed paid parental leave at the national level.

“Forced birth in a country where Black birth-givers experience maternal mortality two to three times higher than that of white birth-givers.

“Forced birth in a country where gun violence is the number one cause of death among children and teenagers.

The crowd on hand cheered loudly at the messaging from the band, which has long been known for its protests and political positions. Even the band’s name—Rage Against the Machine—is a political message.

See the band’s messages via a Tweet below, shared by the Twitter account Wu-Tang Is For The Children to its 100,000-plus followers, which wrote, “RATM played their first show in 11 years last night…they’ve been missed.”

On July 9, the band—Tom Morello, Tim Commerford, Brad Wilk, and Zack de la Rocha—reunited in for the first time in East Troy, Wisconsin, at the Alpine Valley Music Theater.

There, the band played several fan favorites, and made a few overtly political statements during the course of the show, including the use of a graphic that stated: “ABORT THE SUPREME COURT.”

This first show kicked off the band’s Public Service Announcement Tour that will ultimately see 12 countries, 40 cities, and 51 shows. The hip-hop duo Run The Jewels are accompanying the rock quartet on their reunion tour as well. Find the complete list of RATM tour dates HERE. 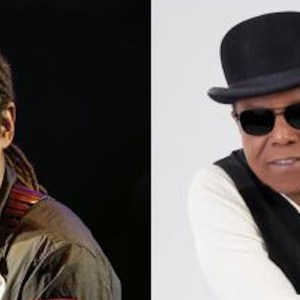 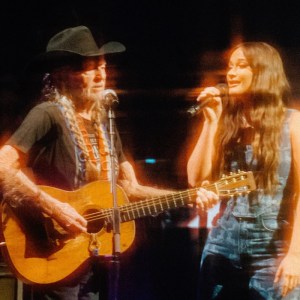