It was the night of the 2020 presidential election, and Ingrid Michaelson was glued to CNN coverage. The moment the tides turned, and now-President Joe Biden overtook Trump in Pennsylvania, it was a huge sigh of relief. “My neighborhood just erupted [with] people banging on pots and pans and honking horns,” the pop singer-songwriter tells Zane Lowe on his Apple Music show.

Her neighborhood, nestled around Barclay Center, one of the prime venues in New York City, swiftly became “so joyous and so filled with hope. My boyfriend and I went out, and we banged pots, and we banged pans, and we cried, we sang,” she continues.

And that’s how Michaelson’s new song “To Begin Again,” a duet with ZAYN, was born. She immediately came home and wrote the first verse and chorus. Right from the start, it was clear something special had emerged. “My plan was not to write music in that way. I’ve been working on a musical. I’ve been working on a children’s show, some animation stuff. I’m definitely doing stuff behind the scenes, basically,” she says. “So, to actively write pop music was not in my plan. But I just felt like I had to write this song.”

She then sent over what she had to a dear friend and songwriter named Sarah Aarons (Zedd, Alessia Cara, Maren Morris). “She’s an amazing songwriter, and she sends it back to me with a second verse,” adds Michaelson.

When the world was ending / I’d hold you in my arms / And we talked about the places we’d never been, she sings, her soothing voice inviting the listener to embrace the moment.

“Hopefully, [this song] will help people to collectively sigh a little bit. That was what it felt like. Who writes a pop song that’s like when the world was ending. That’s not very happy and joyful. People don’t want to hear that. That’s not why I wrote it,” explains Michaelson. “And then, when Sarah sent it back to me with the second verse and her singing on it, I was like, ‘Oh, you have to sing on this. It’s a duet. I didn’t know it was a duet.’ And she’s very much a writer. She’s very private with her voice, even though it’s so gorgeous.”

In an unexpected collaboration, ZAYN swoops in on the Aarons-penned second verse. When the world was ending / We lookеd up at the sky / And we talked about thе last song that we’d play, he sings. So far from comprehending / They’d lift us to the stars / Never seen each other from so far away.

Early 2020, ZAYN’s management reached out, personally, to pick her brain on working on something with the self-proclaimed Ingrid Michaelson stan. But the world came crashing down, from the pandemic to the murder of George Floyd, and it never quite seemed like the right time. “I was not in a place of any functionality,” says Michaelson.

Once she had the second verse in her back pocket, though, it struck her that “To Begin Again” was indeed the right time. “So, we reached out to him, and [his tame] immediately were like, ‘Yeah. He loves it. He wants to do it.’ A few weeks later I got into my inbox,” she adds.

While the two haven’t personally communicated, the magic on the recording is palpable. “I think he does what he believes in. And he doesn’t do what he doesn’t believe in. And the fact that he chose to sing on my song is extremely amazing. And the fact that he chose to do that now, especially knowing what I know about him, which is he is very elusive.”

In the conversation, Michaelson also discussed discovering TikTok and transitioning to Broadway. Check it out here. 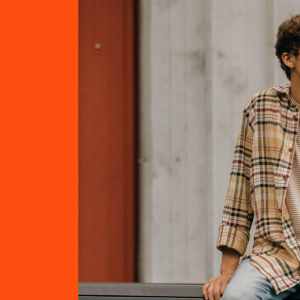 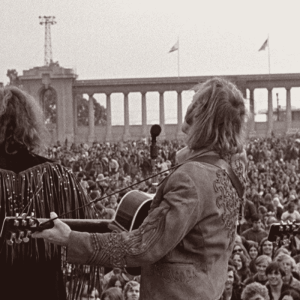