It’s Knockout rounds for season 21 of NBC’s The Voice and the competition is stiff, especially in Kelly Clarkson’s corner—on Monday night (Oct. 25), the country-favorite, Kinsey Rose, got sent home after going toe-to-toe with the powerhouse R&B vocalist, Gymani.

Both artists gave fantastic performances—Gymani’s rendition of Zayn’s “PILLOWTALK” was explosive with energy and uplifting flair, and, of course, impressive vocal runs. Rose, on the other hand, delivered an impassioned cover of Deana Carter’s “Strawberry Wine,” effortlessly capturing the nostalgia and coming-of-age beauty the song carries.

Ultimately, though, Rose’s performance was bittersweet—it turned out to be her last, as Gymani was chosen as the round’s winner.

The decision was an extremely difficult one to make—and some are even upset with Clarkson’s judgment. “It’s really hard,” she said while deliberating. “My decision isn’t because this person is the better singer—I think this might be the better competitor. The winner of this knockout is Gymani.”

Some fans are taking to social media to throw a little shade at Clarkson for valuing the competition more than the raw musicianship, which kinda strays from what the show originally advertised itself as advocating for… nonetheless, Gymani’s performance was undeniably superb and there’s no bad blood from Rose either. 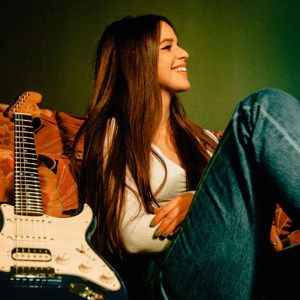