“‘Everyone’s The Same” is for anyone who’s angry at being told they can’t make any sort of difference or can’t be a positive force for change,” says Rollo Doherty. In crafting the song, the latest from the UK quartet, Island, all the mixed emotions fixate on the track’s universal message.

Following up the more slower crooned “Octopus,” Island take a different turn on “Everyone’s The Same.” Offering a more swaggered jam, built around punchy hooks and saturated by Doherty’s infectiously slick vocals, the track highlights the band’s versatile songwriting, partially honed during a year in lockdown in London.

Both tracks, recorded with Mikko Gordon (Thom Yorke), during the summer of 2020 in lockdown, mark the first time the Oxford-bred band—Doherty, along with guitarist Jack Reader, bassist James Wolfe and drummer Toby Richards—worked with an outside producer since their 2018 debut Feels Like Air and follow up When We’re Still a year later.

For Island, “Everyone’s The Same” is a marked anthem of the day, percolating around knowing one’s value and all the things humanity can ultimately make right again.

“I’d been getting really frustrated with this idea that as individuals our actions aren’t able to make a difference on the collective impact we’re having on the world,” he says , “the idea that we’re all destined to have a negative influence on the environment just by existing, and that everyone is equally guilty.”

Doherty adds, “But the song is intended to be broader than that, and to capture that feeling of frustration at being told what you’re worth.” 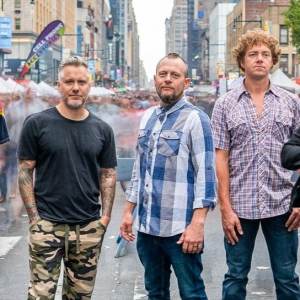 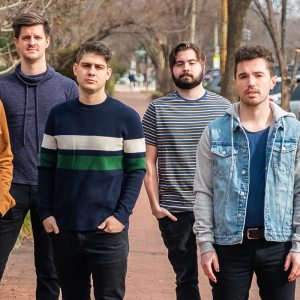