For The Voice fans, and music fans more broadly, the performances happening on NBC’s competition show are only getting better. Tuesday night (November 24), the father-son duo part of Ariana Grande’s team, Jim and Sasha Allen stepped onto the stage for the famous Elimination Round. The pair covered Jason Mraz’s “I Won’t Give Up.”

Sasha is the first-ever openly transgender contestant to make it past the Battle Rounds on The Voice. At the conclusion of the Allens’ performance, Sasha spoke the phrase “trans rights” into the microphone before the music ended.

Following this performance, the Allens were up for elimination, but The Voice fan voters choose to instantly save the pair. Upon hearing the news, Grande quickly rushed up to the father and son to congratulate her mentees. The pop icon also shared her appreciation for the Allens, as well as other Ariana team member Holly Forbes, on Instagram after the show.

“the amount of respect, love and appreciation i have for these human beings is beyond words and what we’ve shared throughout this journey far surpasses what happens on this show,” Grande said. “it’s all, you’re all, so much more than this moment. it’s so special. i am so grateful that our paths have crossed and to be a teeny, tiny part of your story. you have changed everything permanently and i’m just so happy and thankful. love, music and connection is what this show and being an artist is truly all about and i will be a ride or die #teamariana stan for life and always.”

Read below for the 10 contestants moving on to the next round below, and watch the Allens’ Instant Save below as well.

Contestants moving on in Season 21 of The Voice: 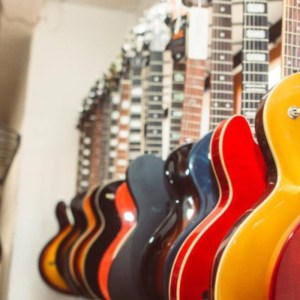