Unless it’s the work of someone trolling Trump from the inside, it’s hard to imagine a more ironic song choice for this campaign

From “Fortunate Son”
By John Fogerty

Once again, the Trump team has made a ridiculously large song blunder. They played John Fogerty’s song “Fortunate Son” as the president stepped out of Air Force One for a  recent rally in Freeland, Michigan.

Either that or, as has been suggested, somebody’s trolling the president from inside. Because could there have been a more egregiously worse song choice? It’s a song about the regular American sons who got shipped off to fight and die in Vietnam, while the wealthy sons of millionaires and senators got deferments for trumped-up afflictions, such as bone spurs.

The timing was especially egregious, as only days ago  the news came out that in Bob Woodward’s new book, Trump referred to American soldiers who fought and died in Vietnam as “losers” and “suckers.”

In a video posted on Facebook, the legendary songwriter of “Proud Mary” and countless classics responded with disbelief.

“Recently, the President has been using my song ‘Fortunate Son’ for his campaign rallies,” said Fogerty, “which I find confounding, to say the least.”

It’s a song that speaks, he said, “more to the unfairness of class than war itself. It’s the old saying about rich men making war and poor men having to fight them.”

Then, being a songwriter of considerable wisdom, he suggested a solution to this ongoing song choice problem: paying attention to the lyrics. Or at least the first verse.

“The very first lines of ‘Fortunate Son’ are, ‘Some folks are born made to wave the flag, ooh their red, white and blue/But when the band plays ‘Hail to the Chief,’ they point the cannon at you,’” he said.

“Well, that’s exactly what happened recently in Lafayette Park. When the president decided to take a walk across the park, he cleared out the area using Federal troops so that he could stand in front of St. John’s church with a Bible.”

“Fortunate Son,” he said, “is a song I could’ve written now. So I find it confusing, I would say, that that the president has chosen to use my song for his political rallies, when in fact it seems like he is probably the fortunate son.”

This is not, by far, the first terribly wrong choice for a campaign song based on complete misunderstanding of the song’s message. First there was Reagan, elected president in 1980, who used “Born In The U.S.A.” for his campaign, while mistaking its message as a celebration of America instead of the very opposite.

Then came the Trump campaign’s absurd choice of Leonard Cohen’s “Hallelujah” to end the Republican Convention, missing its main message too.

This song grievance was aggravated further by the news that the campaign used the song after being denied permission for its usage.

Some folks are born, made to wave the flag
Ooh, their red, white and blue
And when the band plays “Hail to the Chief”
Ooh, they point the cannon at you, Lord

Some folks are born, silver spoon in hand
Lord, don’t they help themselves, y’all
But when the taxman comes to the door
Lord, the house looks like a rummage sale, yeah

Yeah, yeah
Some folks inherit star spangled eyes
Ooh, they send you down to war, Lord
And when you ask ’em, “How much should we give?”
Ooh, they only answer “More! More! More!”, Y’all 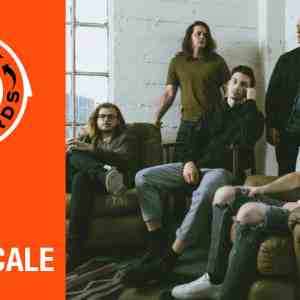 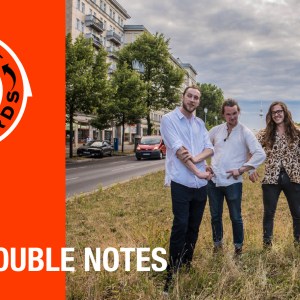