As an artist always searching for out how to spin controversy into self-promotion, Lil Nas X has revealed a snippet of an unreleased song currently titled “Late to the Party.” The song opens up with the chant, Fuck BET, Fuck BET, taking aim at the network for leaving him out of this year’s BET Award nominations.

In a clip posted to Twitter, Lil Nas lip-syncs along to the unreleased track using the song’s verses to note how successful he has become even without the network’s support. I put like three up in the Top Ten/And I don’t need nobody he sang, referencing his 2021 singles “Montero (Call Me By Your Name,” “Industry Baby,” and “That’s What I Want.”

Despite being one of the highest-charting Black artists of the year, Lil Nas didn’t receive any 2022 BET Award nominations. The lack of recognition led to near-immediate backlash from Lil Nas as well as his supporters for not honoring the openly gay rapper.

“This not over no bet award this is about the bigger problem of homophobia in the black community, y’all can sit and pretend all u want but imma risk it all for us,” he said in a separate tweet.

After one Twitter user brought up his Grammy win, Lil Nas added: “This is my point exactly how can I get acknowledged by the most acclaimed award show in the world and then not even just 1 nomination from my own people? is that not crazy? am i really tripping?”

Another Twitter user argued that this decision was not based on his sexuality because of past BET nominations of queer artists like Frank Ocean and Tyler, the Creator. Lil Nas was quick to reply saying, “love frank and tyler to death but can we admit queer men are more respected when they do less feminine things or am i making that up?”

Later that day BET issued a statement in response to Lil Nas’s tweets, claiming the nominations were not decided by anyone within the network.

“We love Lil Nas X. He was nominated for a best new artist BET Award in 2020 and we proudly showcased his extraordinary talent and creativity on the show twice,” the network wrote. “Unfortunately, this year, he was not nominated by BET’s Voting Academy … No one from BET serves as a member of the Voting Academy. At BET, we are passionate advocates for the wonderful diversity that exists within our community.”

The network went on to say its voting academy is made up of “nearly 500 entertainment professionals in the fields of music, television, film, digital marketing, sports journalism, public relations, influencers and creative arts.”

In a since-deleted tweet, Lil Nas reiterated his point about the snub highlighting a larger issue within the music industry saying, “black gay ppl have to fight to be seen in this world and even when we make it to the top mfs try to pretend we are invisible.” 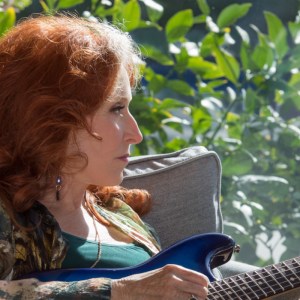