“This is a song I am very excited about, it’s so much fun to me. Obviously when making this album I did a deep-dive into ’60s, Flower Child culture. I wanted to understand the commune life, dropping out from society and trying to start again. That really resonated to me when writing this album.

“One thing that occurred to me as a major parallel between that time and our time is our wellness culture and our culture of spirituality, pseudo-spirituality, wellness, pseudo-wellness. Things like eating a macro-biotic vegan diet or burning sage, keeping crystals, reading tarot cards or your horoscope. These were all things that they were dabbling in back then, and that me and my girlfriends are dabbling in today. I was like ‘I think there’s a pop song in here.’ So this is kind of my extremely satirical look at all of those vibes,” Lorde says in a press release.

To date, Lorde has already announced an upcoming tour and released videos for her forthcoming LP’s title track and the second single, “Stoned At the Nail Salon.”

“The [new] album is a celebration of the natural world, an attempt at immortalizing the deep, transcendent feelings I have when I’m outdoors. In times of heartache, grief, deep love, or confusion, I look to the natural world for answers. I’ve learned to breathe out, and tune in. This is what came through,” Lorde adds.

Additionally, Solar Power will not be unveiled via CD due to environmental worries. Rather, it will be offered in an “eco-conscious Music Box.”

4. Stoned in the Nail Salon 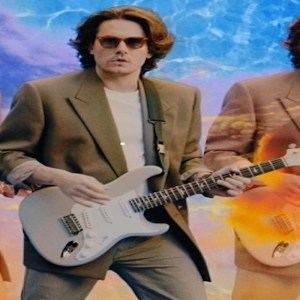