Loretta Lynn’s family is co-signing an effort to have a state park named after her in her home state.

A fan named Carla Engle started a petition page on Change.org to change the name of Paintsville Lake State Park in Paintsville, Kentucky, to Loretta Lynn State Park. Lynn grew up in nearby Butcher Hollow, which is 20 minutes outside of Paintsville. The singer passed away at the age of 90 at her home in Hurricane Mills, Tennessee, on October 4, and to honor her memory, the Lynn family is throwing their support behind this cause.

“Our family hopes you’ll sign this petition to request the State of Kentucky rename this state park after Loretta,” the family shares in a statement on Twitter. “She would LOVE this so much. Kentucky, and especially her home area were always in her heart. Thank you to the fans who started this; we continue to be amazed by the outpouring of love!”

“Loretta loved her roots and never forgotten them or the people of Kentucky! This one be quite an honor for her and we’ll deserved!” one fan wrote of their reason for signing, another adding, “I am a coal miners daughter and Loretta Lynn is so deserving of this for all her accomplishments.”

Lynn sang about her hometown in her famous hit, “Coal Miner’s Daughter,” which told the story of being raised during the Great Depression, living in a cabin with her family in a rural Kentucky town. Written solely by Lynn, “Coal Miner’s Daughter” was released as a single in 1970 and hit No. 1 on the Billboard Hot Country Songs chart, becoming one of her signature songs. The hit song was turned into a 1980 movie of the same name about Lynn’s life, with Sissy Spacek playing the title role. Spacek won an Oscar for Best Actress for her performance in 1981.

At the time this story published, the petition has accumulated more than 12,000 signatures, with the goal of reaching 15,000. 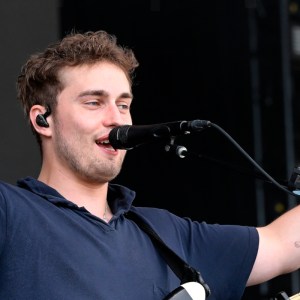