Madonna has remained staunch on the importance of owning the rights to her own music, doubling down in a new interview that she has no plans to sell her sprawling back catalog.

Speaking to Variety, the pop icon stood behind comments made by her longtime manager Guy Oseary that Madonna would never sell her stake in her discography.

The comments come amid a wave of artists selling the rights to their songs for millions of dollars. The likes of Justin Timberlake, Leonard Cohen, Kenny Chesney, and John Legend have all sold off their catalogs.

“Because they’re my songs. Ownership is everything, isn’t it? I mean, that’s why [Oseary is] buying apes.” she responded bluntly, referring to the NFT company Bored Ape Yacht Club, which Oseary signed on to represent last year.

Although she still retains ownership over her music, Madonna did sign a new publishing deal with Warner Music Group last August. Announcing the news, the singer asserted that Warner had been “amazing partners” and confirmed that she would maintain an executive say in how her older material would be reissued.

Along the same vein, Madonna recently revealed that she would be helming her own biopic in order to stop “misogynistic men” from taking over the project.

Madonna is directing and co-writing the impending film with Juno screenwriter Diablo Cody. In June, it was reported that Ozark actor Julia Garner had been offered the lead role after she emerged as the favorite of dozens of candidates. 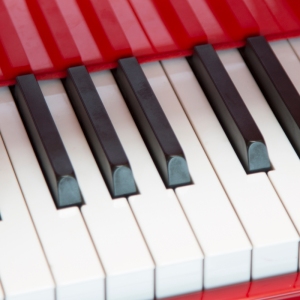