On Friday, June 25 Miley Cyrus will take Music City by storm, hosting Stand By You, streaming exclusively on Peacock TV. The special concert event, according to Cyrus, is “to celebrate pride through the power of music.”

Filmed at the historic historic Ryman Auditorium in Nashville, Stand By You will feature the multi-platinum recording artist performing an array of her hits such as “The Climb” and “Party in the U.S.A. With the help of her aforementioned friends, the show also features iconic inclusionary songs of empowerment and unity, like Cyndi Lauper’s “True Colors,” Pat Benatar’s “We Belong,” Abba’s “Dancing Queen,” and Blondie’s “Heart of Glass.”

“I’m filling up the legendary Ryman Auditorium to celebrate Pride with the power of music,” Miley says in a trailer. “Tonight will be all about celebration. Everybody is welcome here.”

The special is the first of Cyrus’ commitment to star in three specials for NBCUniversal, with whom she signed an overall talent and development deal back in May. Cyrus first opened up about her sexuality in a Variety interview in 2016.

“My whole life, I didn’t understand my own gender and my own sexuality. I always hated the word “bisexual,” because that’s even putting me in a box. I don’t ever think about someone being a boy or someone being a girl,” Cyrus told Variety. “Also, my nipple pasties and shit never felt sexualized to me. My eyes started opening in the fifth or sixth grade. My first relationship in my life was with a chick. I grew up in a very religious Southern family. The universe has always given me the power to know I’ll be OK. Even at that time, when my parents didn’t understand, I just felt that one day they are going to understand.”

The global pop sensation has since become a vocal advocate for LGBTQ rights and founded the Happy Hippie Foundation, with the mission to “rally young people to fight injustice facing homeless youth, LGBTQ youth and other vulnerable populations.”

Streaming of Miley Cyrus Presents Stand By You begins June 25 exclusively on Peacock. 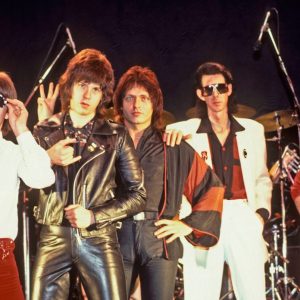 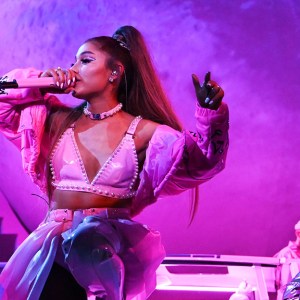