In the trajectory of Bruce Springsteen’s career, May 9th, 1974 at Harvard Square Theatre in Cambridge, Massachusetts is a historic milestone. His performance that night opening for Bonnie Raitt was the one which journalist Jon Landau wrote about, saying he had seen “rock and roll future.” It was also the night that “Born to Run” was played live for the first time as a way to impress The Real Paper writer, who would eventually become his manager and remains so to this day.

Barry Schneier was a photographer for Window Pane Productions at the time, a music promotion company based in Boston. He captured the concert that night, as seen in these photos, with the most remarkable photograph being the first one in the series. The shot of Springsteen sitting at the piano playing “For You” is captivating with its clarity, composition, and use of light and shadow. It has been archived at the Rock and Roll Hall of Fame and is currently part of an upcoming exhibit “The GRAMMY Museum Presents: Bruce Springsteen: A Photographic Journey” at the Woody Guthrie Center in Tulsa, Oklahoma. These photos are the only known media of the concert, showing one of the most important moments in rock and roll history.

Schneier’s involvement in the May 9th concert is even more interesting when he tells the background. Two months prior to the Harvard Square concert, Schneier, having seen Springsteen perform to a packed house at Charlie’s Place in Cambridge, told one of the promoters, Ira Gold, he should book this new guy for a show. Schneier played Gold the two Springsteen records that were out, Greetings From Asbury Park and The Wild, the Innocent and the E Street Shuffle. After going to see Bruce at Charlie’s place themselves, Gold and his partner ended up booking Springsteen for the opening slot. So not only was Schneier able to capture the concert in a series of unique photographs, but he was also a part of getting Springsteen on the bill that night.

Each photo in the gallery also features commentary from Schneier about the concert. Schneier’s work includes photographs of Van Morrison, Patti Smith, and others from the ‘70s, which you can check out on his website.

As the 40th anniversary of the legendary concert approaches, Gallery 5.9.1974 is putting 90 limited edition prints of the iconic photograph up for sale, with an additional five being donated to charity and five being given to the general public. You can check out the Gallery website for more information. 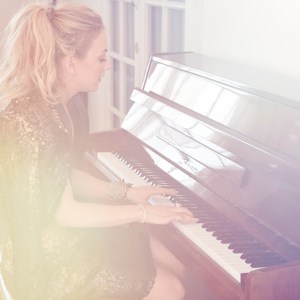