Morgan Wade is a name everyone will know soon enough. On the heels of her debut record, Reckless, the rising country star took to CBS This Morning on Saturday (April 10) to perform three album cuts, including opening track “Wilder Days,” a jangly tune about longing for a new lover’s younger, and more rowdy, days. You said you hate the smell of cigarette smoke / You only used to smoke when you drank, she sings, a rasp perfectly underscoring her emotional heft.

Wade has also released the official music video for “Wilder Days,” directed by John Mason, alongside director of photography Peter Leininger. When you lived in Chicago, unsure where the wind blows / I wish I had known you in your wilder days, she sings, guiding the viewer into a literal interpretation of the lyrics.

And now here we go / You got me falling in love again, she continues with an infectious bark. You gotta secret, I wanna keep it / I wish I’d known you in your wilder days.

Last month, Wade spoke to American Songwriter about the record and honed in on this song specifically. “It felt good. It’s got more of a rock feel to it, and with my accent I really worried about that,” she says. “Sadler’s a Tom Petty guy. He’s rock & roll, so how was that gonna work? Turns out, pretty well. That song needed to be different. It’s both what I am, and a little bit more.”

“Honestly, the more exposed I am, the better it makes me feel. There are a million fake people out there, and who needs more of those? Who listens to them? Or believes it? If you’re struggling, and you put it out there, people actually say, ‘I really connected with (whatever the content).’ In making other people feel less alone, somehow I’m less alone. So I give away my feelings, then I get a sense I’m not the only one.” 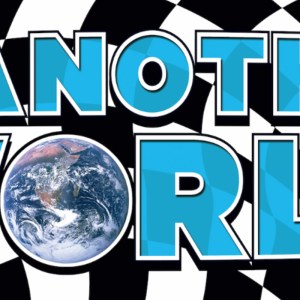 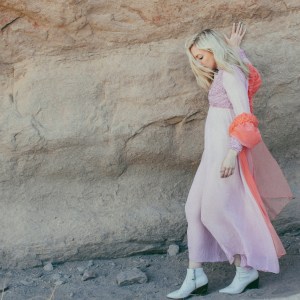