There was a football game on Sunday (February 13). It was called the Super Bowl, we hear.

But really the game turned into an excuse for a concert, an amazing National Anthem performance by country singer Mickey Guyton and a number of great musical commercials, including one with the legendary Dolly Parton and her fabled goddaughter Miley Cyrus.

Let’s take each one by one:

Ahead of the game, four-time Grammy-nominated country star Mickey Guyton took on the responsibility of singing the National Anthem. Check out the artist’s soulful performance below.

On Saturday (Feb. 12), Guyton posted a proud photo on Twitter, writing, “What is my life?! See you at the Super Bowl tomorrow!”

But the main musical event of the day was the halftime show. This year marked the first time the Super Bowl featured rap and hip-hop at its center stage. It was produced by rapper-mogul Jay Z.

Dr. Dre, Snoop Dogg, Mary J. Blige, Kendrick Lamar, and Eminem were the billed performers joined by a number of big names, including 50 Cent and Anderson .Paak, who drummed nonchalantly for Eminem’s performance of “Lose Yourself,” complete with a giant smile.

Dre and Snoop kicked it off with the track “2001,” and that led to the hit “California Love.”

That’s when 50 Cent joined the cast as the night’s special guest, performing his hit “In Da Club,” hanging upside down from the ceiling, just like his popular video from the early 2000s.

Then the music turned to Mary J. Blige, who looked fabulous and performed a couple of her hits— “Family Affair” and “No More Drama”—showcasing her vocal range.

Kendrick followed and wowed with his sharp delivery and poignant lyrics. And then the capper: Eminem. He performed “Lose Yourself” as Anderson .Paak played the drum kit with abandon. Eminem also knelt during his performance, a possible nod to former NFL QB Colin Kaepernick.

The group collectively finished off the performance with a rendition of the hit “Forgot About Dre.”

Check out the whole thing in super-fast mode:

But wait, that’s not all!

As per usual, the Super Bowl had a number of big commercials and this year featured big music names like Kelly Clarkson, Parton, and Cyrus.

Finally, NBC, the channel that broadcasts the Big Game, has announced its latest music competition show called American Song Contest, which will be hosted by Clarkson and Snoop Dogg. Check out an ad for that here below.

“It’s the ultimate state vs. state showdown! Find out who has a hit when #AmericanSongContest premieres March 21 on NBC.” 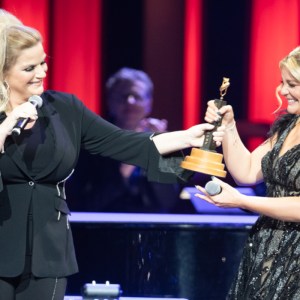 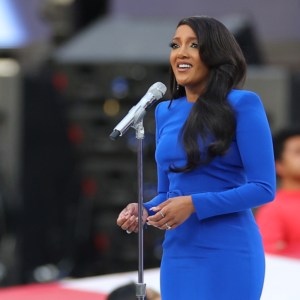