Hello and welcome back to our recurring series in which we share with you our favorite songs and music videos released this week.

Here, we will dive into new songs from Madonna, Ann Wilson, Bonnie Raitt, Arlo Parks, Tank and the Bangas, Adrian Quesada, Jimmie Allen, and much more.

The Godmother of Pop teamed up with Sickick and 070 Shake to release a new rendition of their viral hit “Frozen (Remix).” The song walks casually into your ears, hangs out with a flute of champagne, and makes you remember why Madonna has such a talent for sticking in the public consciousness. She knows how to work it.

The Grammy-nominee released two new singles as part of the Spotify Singles series this week, including the new track “Softly.” The song demonstrates Parks’ sticky singing skills as well as her delicate touch on the melody. It’s lovely.

The Heart lead singer released her latest rocker this week, “A Moment In Heaven.” The song showcases Wilson’s signature stellar vocals and her prowess at getting your heart chambers pumping. Listen to the riffy rocker below.

4. Tank and the Bangas

The standout New Orleans band released their latest single “Why Try” this week. And the song features the recent Oscar-winning artist Questlove. It also portends the band’s new forthcoming record, which is out in May. Check out the funky, delightful song below from the Crescent City crew.

The standout guitar player for the Austin, Texas-born rock group Black Pumas released a new solo song featuring iLe. The song, which is sung in Spanish, has as much sonic flavor as your ears can handle. It’s beautiful, sensual, and poignant. We look forward to more from the artist, who has a new LP out in June.

The classic American songwriter and performer released a new song this week, “Something’s Got A Hold Of My Heart.”. The new track features Raitt’s exquisite lyricism and reminds us of why the standout has been a mainstay in popular music for decades. Something’s got a hold of our hearts, too.

The ethereal rock group released its latest single “STEVIE” this week. The new track portends the latest LP from the band, which is set to drop in early May. Check out the single in all of its tingly subtitles and remember why you fell in love with the floaty band all those years ago again.

The songwriter is set to release his first new album in over a decade and to celebrate that news, which dropped this week, Lovett released the title track from his forthcoming LP, “12th Of June.” The new album is set to release on May 13 and if the new single is any clue, it will be another expertly made LP.

The delicate singer teamed up with talented artist Jorja Smith for this new heart-rippling single, “Lavender and Red Roses,” which you can check out below. The song is as much a philosophical text as it is a piece of entertainment, melody, and rhythm. We can’t wait to hear more from the talented craftspeople.

The beloved singer released the newest single, “As It Was,” from his forthcoming album, Harry’s House, which is out in May. The new song is lively and riveting and its accompanying music video features the famed artist in many flashy outfits. What’s not to like?

12. The Doors with Taylor Hawkins

The legendary group released a rendition of their longtime hit “Love Me Two Times,” featuring the late Foo Fighters drummer and NHC singer Taylor Hawkins earlier this week. The track is a reminder of just how talented Hawkins was and how sad it is that he’s gone. Check out the recently released video clip from 2016 here below. (He sounds just like Jim.)

The folk artist released his latest track, “Niagara,” featuring Bonnie “Prince” Billy. The song is mellow, poetic, and features the refrain I’m not okay at all. The track hearkens to an Americana or even country sensibility with slide guitars.

The acclaimed rapper teamed up with the well-known rapper Rick Ross for his latest single, “Ice Cream,” which he released today (April 1). The song gets your neck moving and your head bobbing. Check out the new track and accompanying music video below.

The two artists joined forces for the new single, “Where We Started,” which is out today on Rhett’s album of the same name. The song tells the story of a couple getting off work and meeting for that moment of brightness in a long, long day.

The singer/songwriter has one of the best voices in all of music, let alone country music. Here, in his latest single, Peck displays that quality expertly and eloquently. He’s like Elvis Presley in a fringe mask. Check out the latest from the musician below and fall in love just like we did.

The Red Hot Chili Peppers released their latest single and accompanying music video for the track “These Are The Ways,” which you can check out below. The new rocker is from the band’s newest LP, Unlimited Love. And it blasts and shakes!

The former Oasis frontman released the title track from his forthcoming album today. That song, “C’mon You Know,” is a romp. With foot stomps, hand claps and Gallagher’s signature laser of a voice, the song hypes you up as only he can. Check it out here below.

The acclaimed songwriter and performer released her latest single today, which will also be found on her forthcoming album, Freewheelin’ Woman, out April 15. The new song, “Living With Your Memory,” features Jewel’s versatile, strong voice. Check it out in all its splendor here below.

The multi-talented New Orleans artist released his latest single today. The song, “What It Takes,” will also be found on his forthcoming album, Lifted, which is set to drop on April 29. Trombone Shorty’s new single is profound as much as it a piece of entertainment. Check it out in all its glory here below. 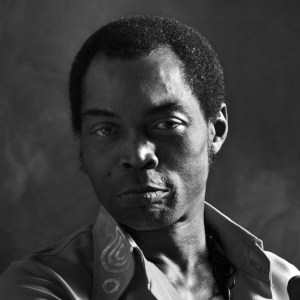 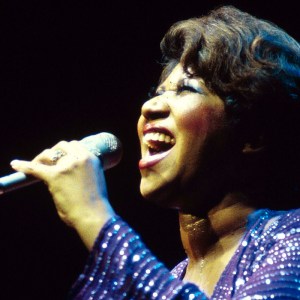